Waxwing at Strumpshaw Fen and some Christmas Cranes!

Linda and I fancied a walk so we made an earlyish start at Strumpshaw, arriving just after eight. It soon became apparent that much of the reserve was under water: we couldn't access Fen Hide, nor the riverside walk. However, we did find a beautiful and confiding Waxwing feeding along Sandy Path (or were there, perhaps, two?)

After enjoying this unexpected splash of colour for a good half-hour (and with no other visitors around to share it with!) we decided to head eastwards to Acle, via Halvergate. The Cattle Egret we found last week was still present, albeit on the other side of the road among some trees. It flew off northwards, so perhaps it was the same bird - or perhaps another - that we saw right by the A47 just east of Acle. As soon as we arrived at the usual spot near Billockby we picked out two adult Cranes feeding somewhat distantly: these were joined by a further fourteen birds that, having circled around, dropped out of sight. 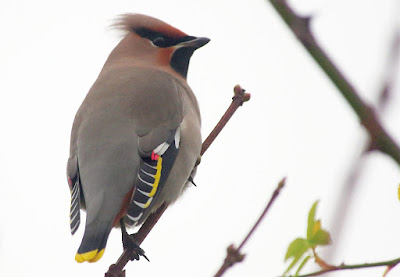 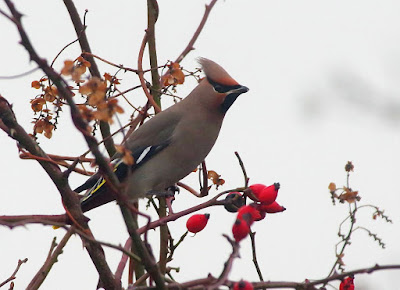 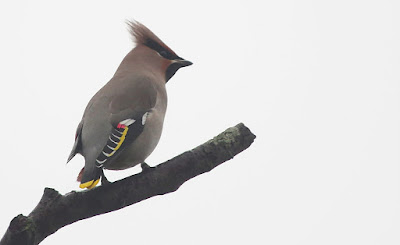 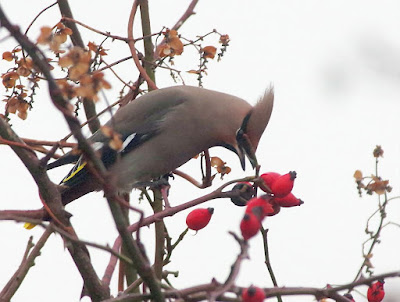 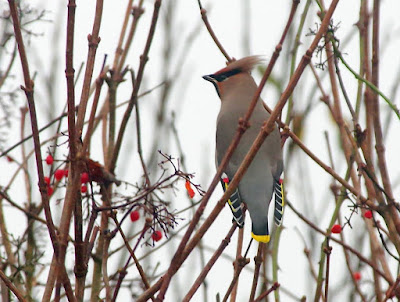 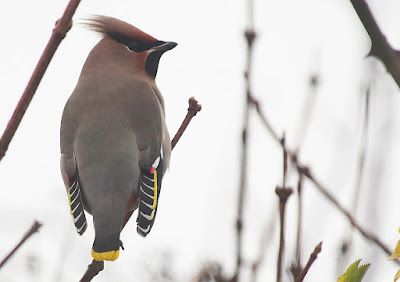 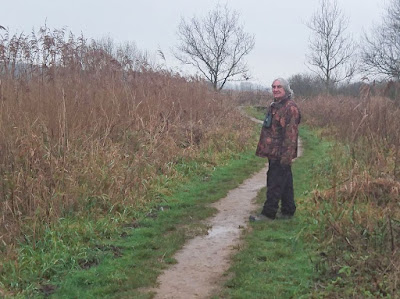 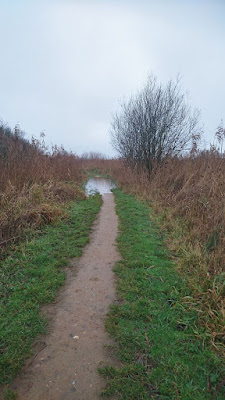 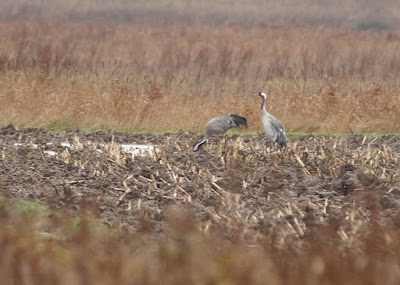 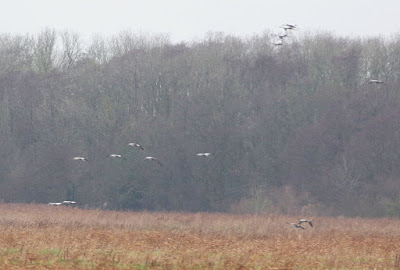 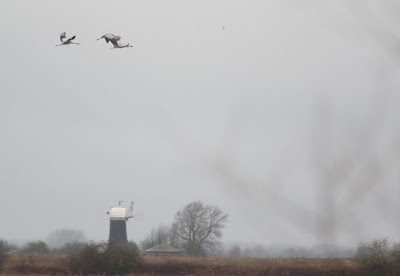 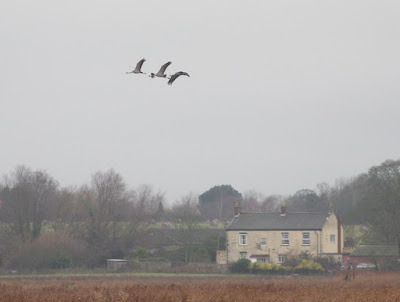