Eagle Owl at Winterton and other chance encounters!

Having been more or less housebound for a fortnight, I persuaded Linda we needed a drive out to Acle to see the recently-present Crane flock: sadly, there was no sign, so I suggested a run-round through Hickling & Horsey. On the way we spotted some wild swans on Ludham Airfield: a short detour revealed not just a herd of Whoopers, but also sixty or so Egyptian Geese. In among these were two Ruddy Shelduck - the pinkish legs reveal a hybrid parentage, but nice birds to find.

We carried on towards Horsey, stopping at Waxham Barn for lunch. The new owners have improved the ambiance and menu, but we did have to wait forty minutes to be served! No doubt this will soon improve too...

At Horsey a scan of the fields revealed lots of the expected Pink-feet, but also several hundred Golden Plover: I'm 95% certain I picked out a Purple Sandpiper among them!

Since the time was now around 2.00pm, we felt it might be worth a quick look around Winterton Church to see if the somewhat elusive Eagle Owl was in view: astonishingly, as we passed the church we came across a small group who had pinned it down in a pine tree in someone's back garden! Always a silhouette, a bit of jiggery pokery with camera settings produced some reasonable shots of this astonishing bird. Lock up your cats, citizens of Winterton! 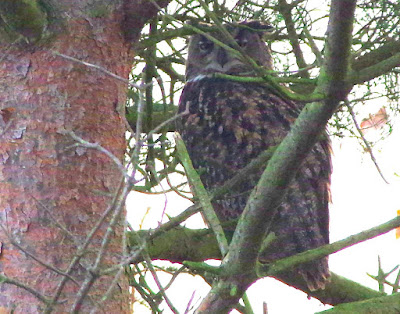 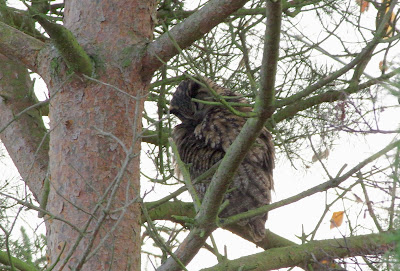 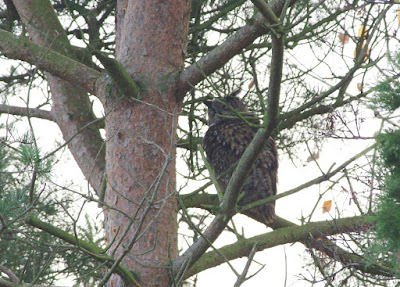 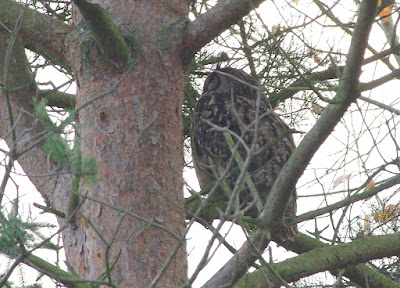 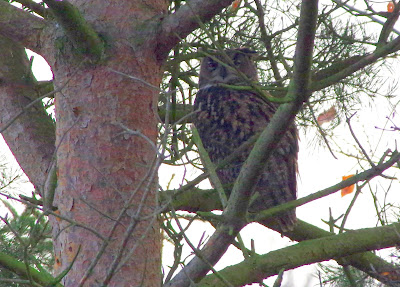 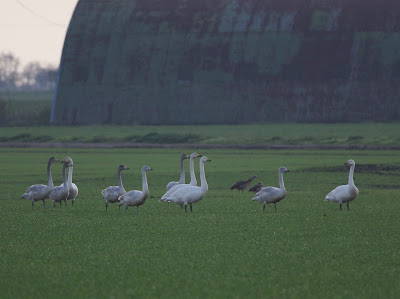 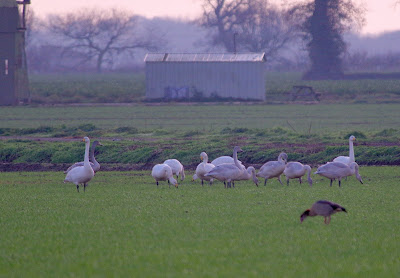 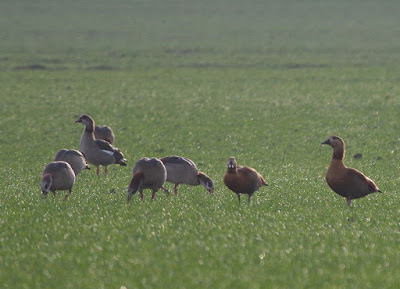 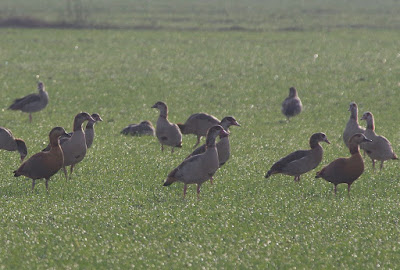 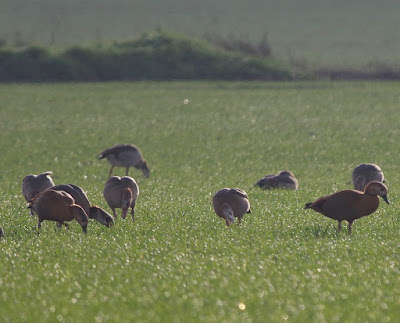 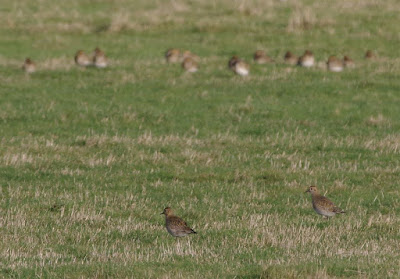 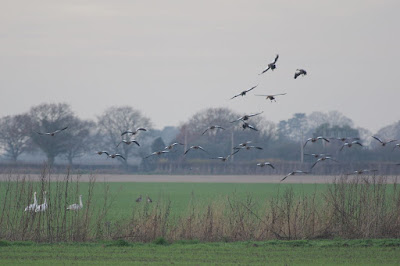