When I was a young teacher (at Hellesdon High School near Norwich) I enjoyed the company of the delightful Head of SEN, Ann Kerr. Her husband Bob was the leader of an ensemble called 'Bob Kerr's Whoopee Band'  that preceded the 'Bonzo Dog Band' but didn't achieve quite their level of success. Nevertheless, like the 'Alberts' and 'Temperance Seven', they ploughed the zany furrow that made it possible for groups such as the 'Pythons' and 'Goodies' to break through into show business.

At one of Ann and Bob's parties in their lovely country house, I was fortunate enough to meet Neil Innes: I was instantly in awe of his intelligence, sense of fun and musical genius. I had (and still have!) everything the Bonzos released and am particularly fond of 'Mr Apollo' and 'In the Canyons of your Mind'. Later on I marvelled at Mr Innes' ability to produce pastiche versions of other people's musical output: the album 'Let's Make up and be Friendly' displays this talent to the full, while the Rutles film and album still rank among the best pop mocumentaries ever made.

RIP Neil: you were a unique talent... 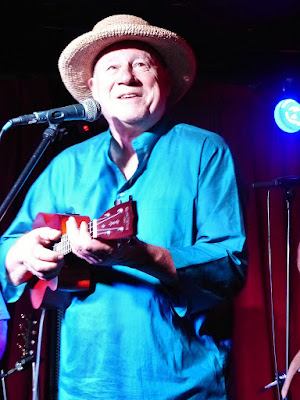