Brian offered to pick me up at a later-than-usual time (10am!) for a half day's excursion. Since I'm still incapable of walking more than a couple of hundred metres, we decided to visit the shelters at Sheringham to see if we could catch up with one of the numerous juvenile Glaucous Gulls that have turned up on the Norfolk Coast over the past week.

Despite being told by a 'friendly pair of birders' that the GG had been chased off by a dog, the first bird we saw on the beach was the target bird. This absolutely superb biscuit-coloured juvenile flew around obligingly before landing close to the promenade on the carcase of a seal pup. It fed for half an hour before we headed off to Cley for coffee.

Signs of the recent inundation were everywhere: the ticket hut at the beach car park was gone, while the 'beach hotel' had obviously been buried by the shingle.

Brian suggested we try for the Hooded Crow at Mautby and, although not really on our way home, we thought we'd have a bash, despite no recent news. On the way, we passed a dozen or so Bewick's at Ludham: many of the swans seem to have moved on.

By the time we reached Mautby the fog and low cloud made visibility very poor: after a few minutes I located the dark hybrid, but it was too far away for photos. We finished off by driving up the hill towards Mautby Lodge where suddenly the Hooded Crow hopped into view. Although distant, we managed a few reasonable record shots. And so home to flop! 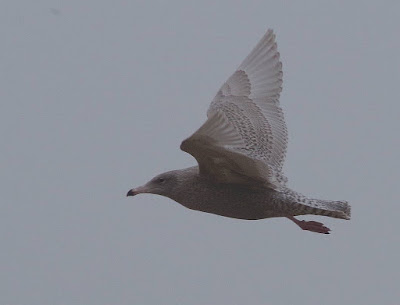 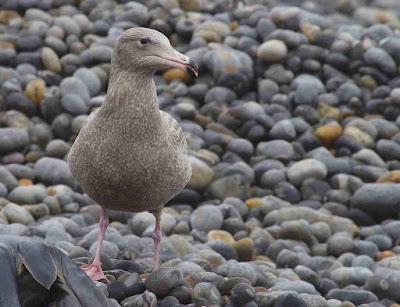 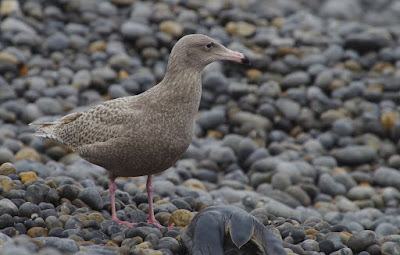 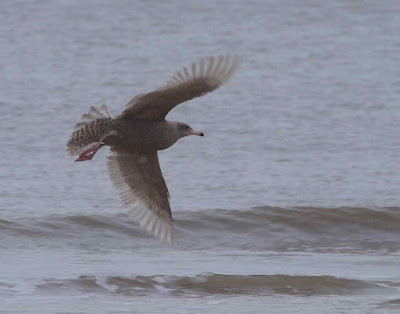 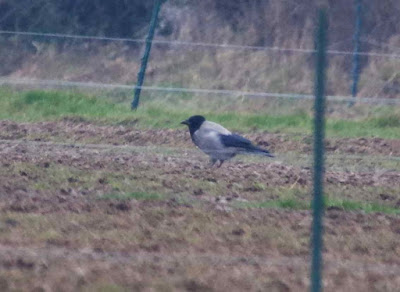 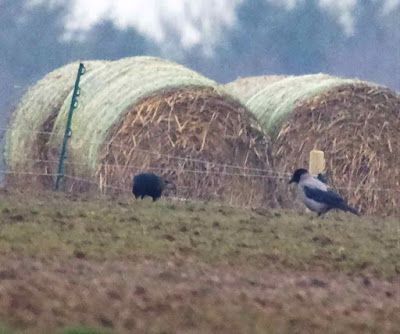 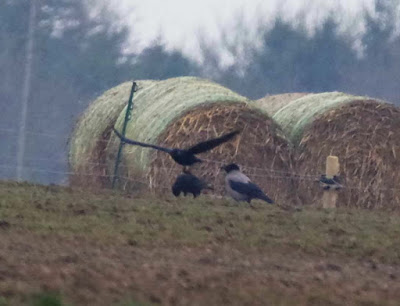 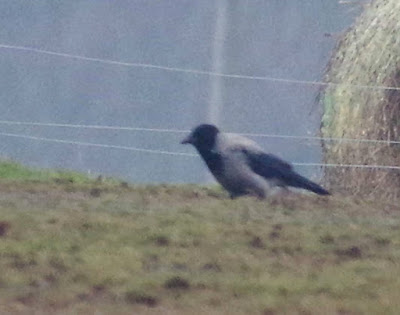 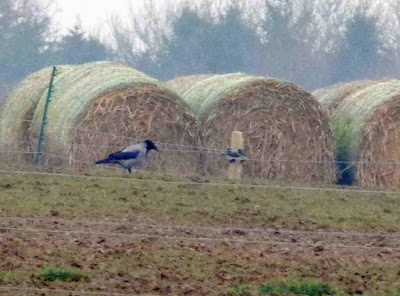