Last night I waited for Jupiter to clear the eastern horizon before attempting some images with a DSLR attached to my Skywatcher Mak 127 reflector. Despite what one is led to believe, astrophotography with a telescope is not a walk in the park! At the achieved magnifications, the slightest movement causes the object you're looking at to disappear, while the rotation of the Earth has the same effect. My tripod is a driven 'go-to', but setting this up is a tedious operation that takes some time: this is the reason many amateur astronomers have permanent set ups in home observatories. Finding a planet is a lot easier if it's near the horizon, but then there's the inevitable shimmering effect caused by convection currents... I do have a terrific CCD camera, which would give far better results: however, setting this up (with laptop, outdoor power supply etc) is even more of a faff.... but I will give it another go soon!

Anyhow, here are some images of Jupiter from last night: you can definitely see some of its dark cloud belts. Also: a couple of shots of the near-full Moon. 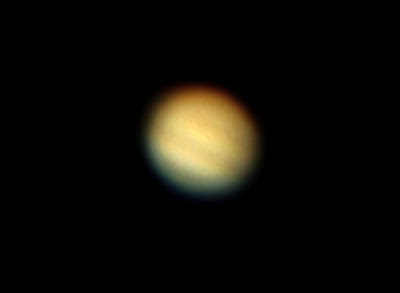 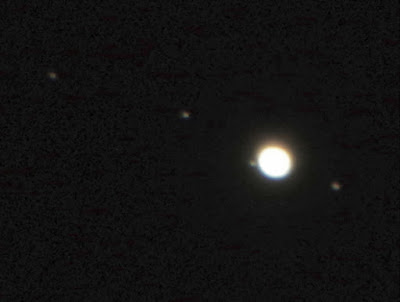 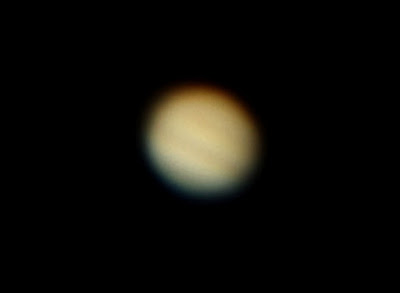 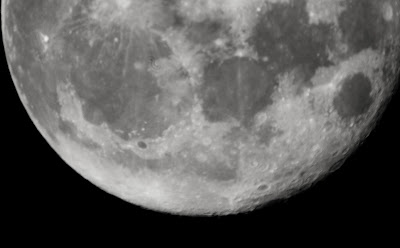 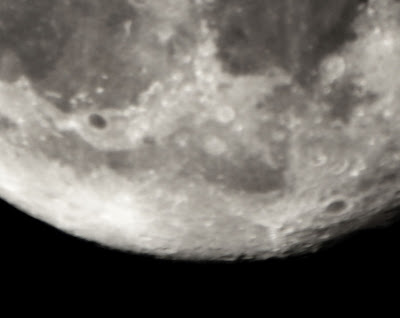 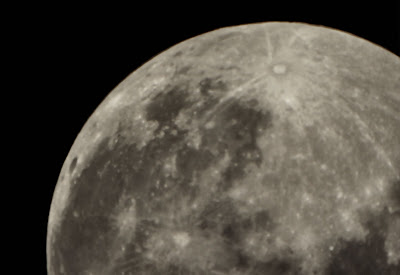