Fingers crossed: something REALLY special in the night sky!

In just under a week's time,  on the morning of December 8th, the full Moon will pass in front of the planet Mars: a very rare occurrence! If it's clear, it will be a spectacular sight: Mars will disappear behind the Moon's 'limb' at 04.57, reappearing an hour later. I know it's an early rise, but for those of an Astronomical frame of mind, totally unmissable! Below is my simulation of the event (Using my own photos!) 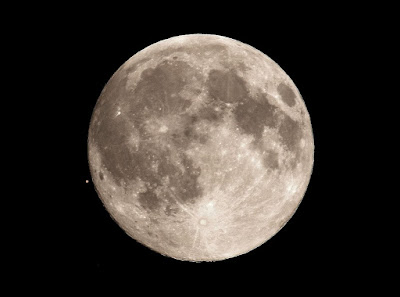