Bean Geese and Stonechats at Strumpshaw and Buckenham..

As usual on his 'Ranger Day', I met Brian and Norman at the Fen at around 8.00am and passed a pleasant hour or so in Fen Hide. Very little to report (apart from the ubiquitous Buzzards and Marsh Harriers) until a delightful pair of Stonechats arrived right in front. A Cetti's Warbler called from the scrub without revealing itself so, since it was growing quite chilly, we walked around the circuit, picking up a second pair of Stonechats along the river bank.

Leaving the other two  'Last Winers', I drove round to Buckenham (I would have walked, but it started to drizzle) From the platform I managed distant views of a couple of Bean Geese flying in to join a few more out on the marsh, while, by the crossing,  some friendly (and well-known) birders kindly let me use their 'scope to look at a White-fronted Goose. 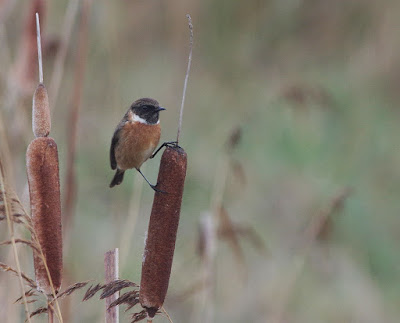 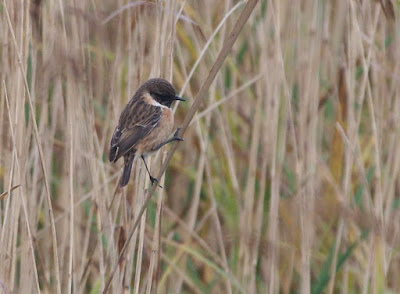 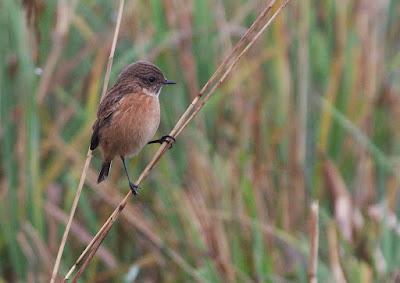 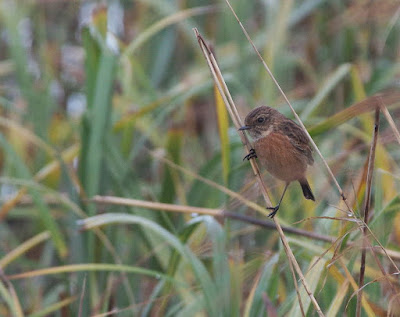 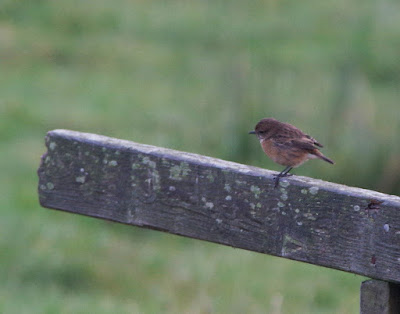 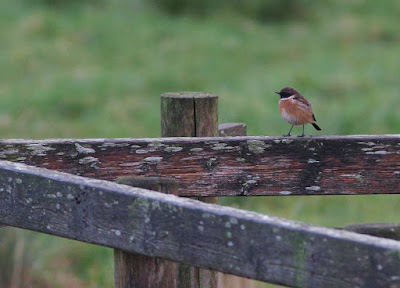 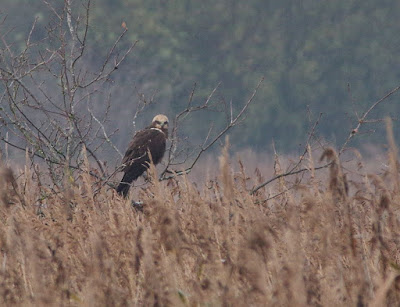 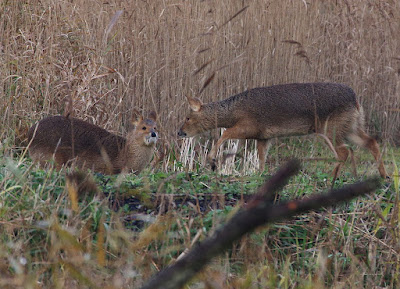 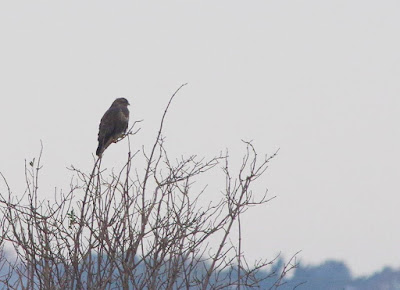 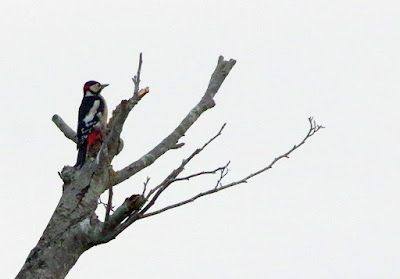 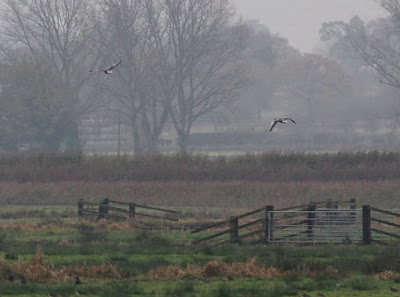 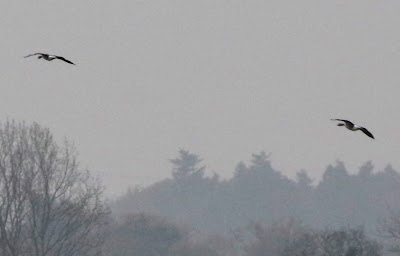