The Moon and Saturn

The planets, Sun and Moon all appear to travel across the sky through a narrow region known as the ecliptic. The reason, of course, is that the majority of the bodies in the solar system lie on the same plane: a simple analog would be a fried egg, with the Sun as the yolk with everything else orbiting through the 'white'! The Moon's orbit around the Earth also lies close to this plane (although it is slightly 'tipped' and hence wanders above and below the ecliptic.)

As a result, the various bodies can occasionally appear to come together in the sky - this is called a conjunction. Last night the Moon and Saturn were very close as the Moon set in the west: I attach a photo, with Saturn enlarged. 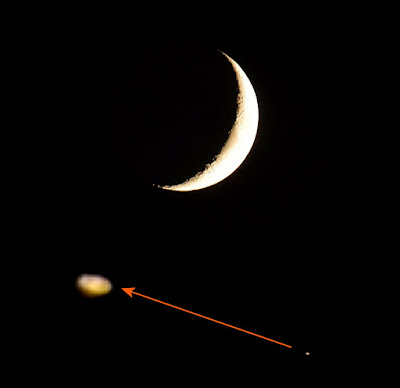 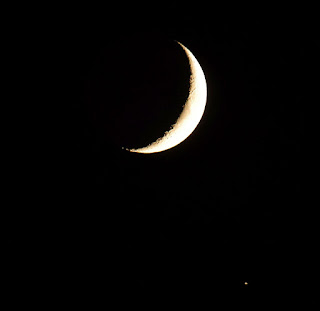