Buckenham Marshes: more geese than you can shake a stick at!

Nothing really unusual at Buckenham this morning, but literally thousands of Pink-footed Geese flew across heading eastwards: six large skeins passed through between 10.30 and 11.30. On the marshes there were plenty of other geese, but these were all feral  species: Barnacles, Canadas and Greylags.

On the scrapes (!) the hundreds of Wigeon and Lapwings were joined by five Dunlin and a Snipe, while I twice heard Cetti's Warblers - let's hope they survive this winter... Raptors were represented by a well-marked female Marsh Harrier and a couple of Buzzards. 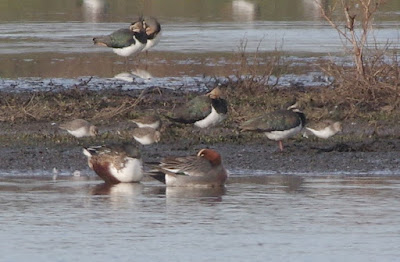 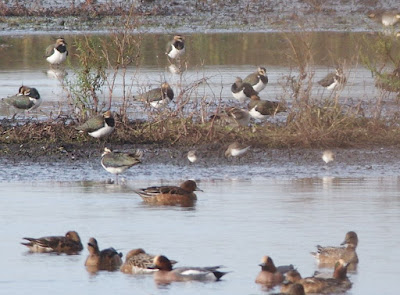 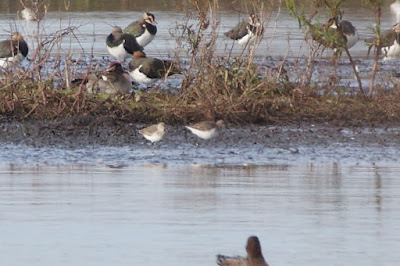 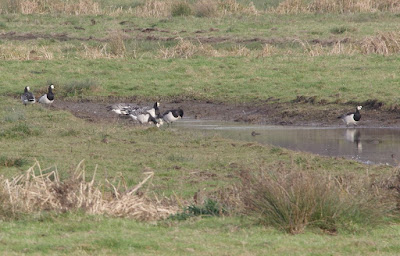 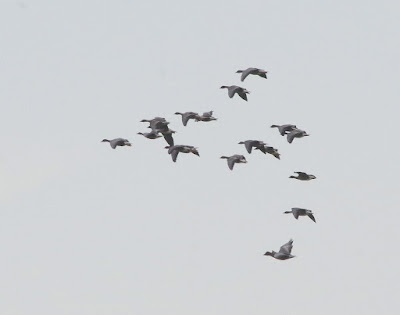 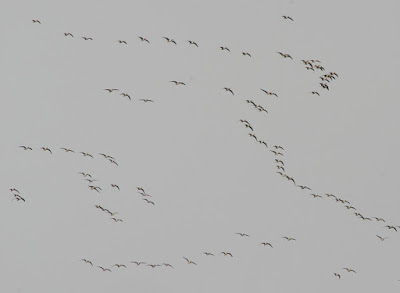 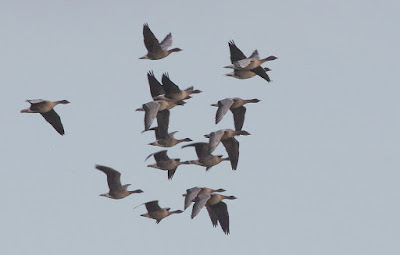 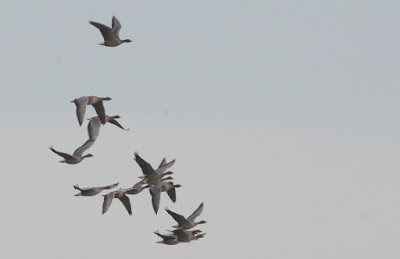 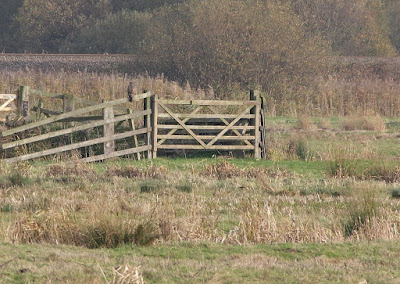 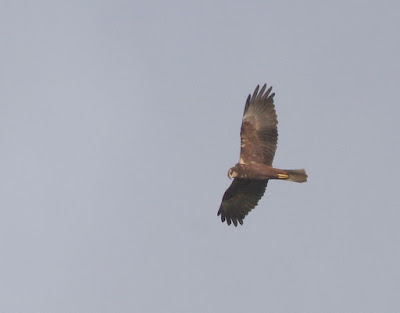 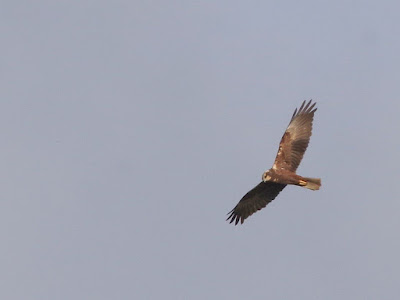