The sky in East Norfolk was absolutely clear tonight: the Moon was further east from the conjoined planets so it was possible to see three moons of Jupiter and (I think!) one of Saturn's - its largest, Titan.

With my new telescope, Saturn was really beautiful, with its ring system wide open: I could just make out some equatorial cloud belts on Jupiter, but the fact that the two planets are low on the horizon (and just above the rooftops!) means that heat-haze prevents really crisp images. Still, here are a few 'record shots'! 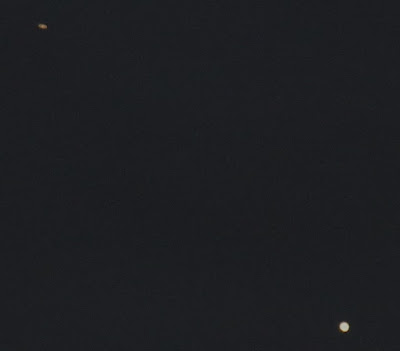 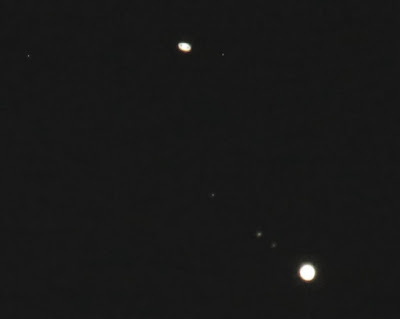 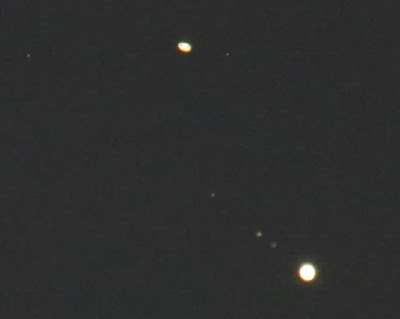 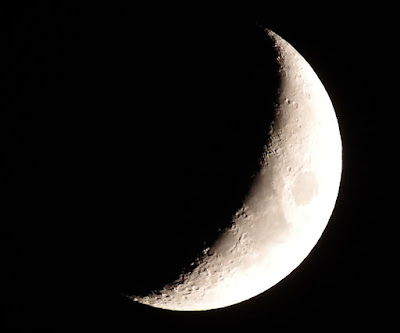