Red-necked Grebe makes it the full set in one year!

Hard to remember now, but 2020 began with real promise: given a planned trip to Wales, I felt certain I'd break my year- list record. Two species I managed early on were Black-necked Grebe and Slavonian Grebe: it seemed likely that the third rarish 'domestic' Grebe would turn up sooner or later. I hadn't realised how much later, though!

A glance at the pager just before lunch sent me off to Ranworth Staithe, dressed like an enforcer for 'The Firm' - black crombie, polished black shoes and a blue shirt! Fortunately there were several parking spaces on the Staithe but - worryingly - no other birders. I spent twenty minutes scanning the Broad: Mallards, Coots and two or three Great Crested Grebes. I caught a glimpse of a possible candidate in the shadows beneath a distant boat in the south-east corner, but couldn't get a picture. I noticed another birder had turned up, so walked round the dyke to see what he thought. Finally after an agonising minute or two, he found the bird with his 'scope. This very engaging and friendly South African new-comer was, I think, called Richard: he worked for Ecotours, so his confirmation was gratefully received. When I tried to obtain a few images, however, all I could find were GCs: but then, after an anxious scan, we refound the Red-necked Grebe out in open water. Still distant, but finally conclusive! 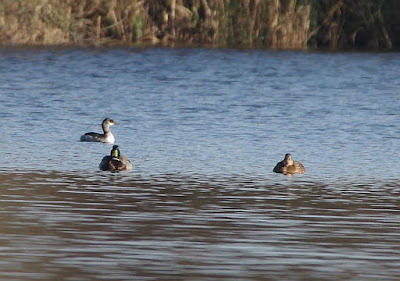 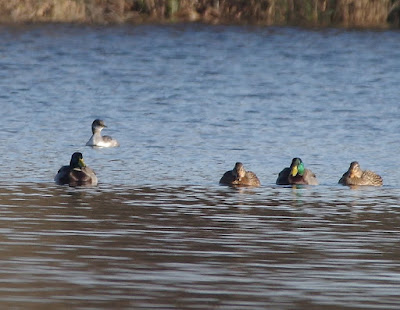 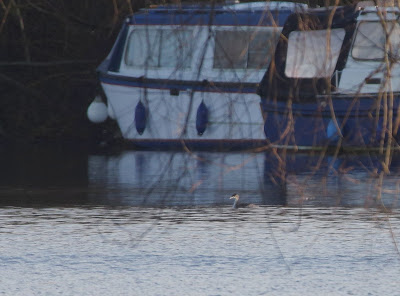 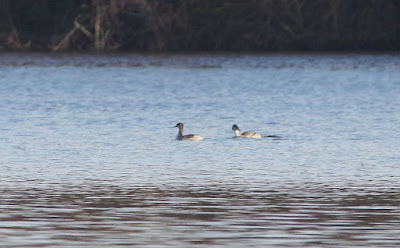 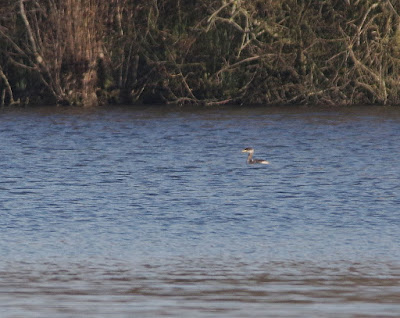 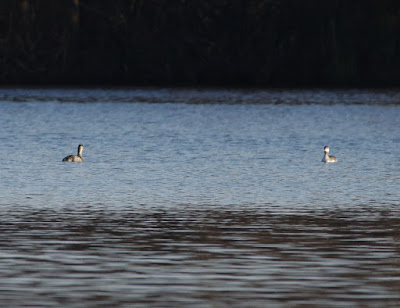 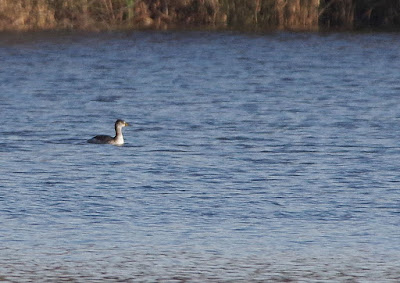