Linda and I had agreed to meet Jane & Jason, two of our oldest and best chums, at Minsmere. This was more of a social event than anything else, but the walk around the reserve produced a few interesting bits and pieces: several pairs of Stonechats, an elusive Dartford Warbler and a Yellow-legged Gull being about the best. The short drive to Dunwich Cliffs added a few groups of Brent flying north and a Red Deer doe trotted across the road as we were leaving. After our friends departed, Linda and I moved to Eastbridge, where we managed to connect with the reported Cattle Egret just before it flew off to roost (and before the heavens opened!) 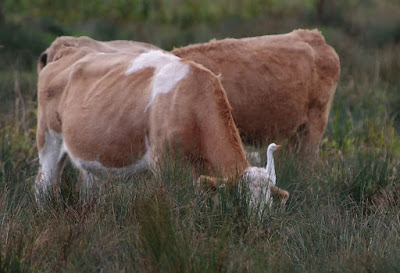 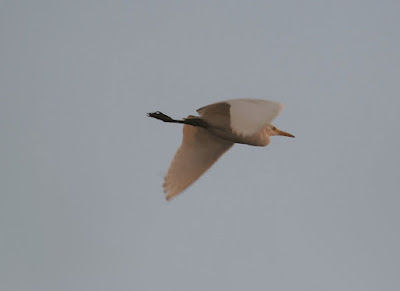 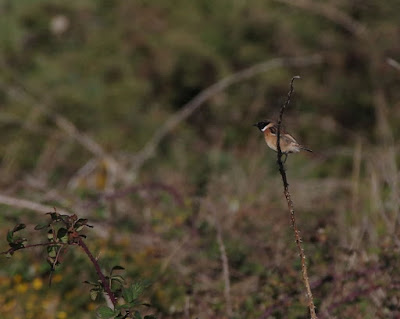 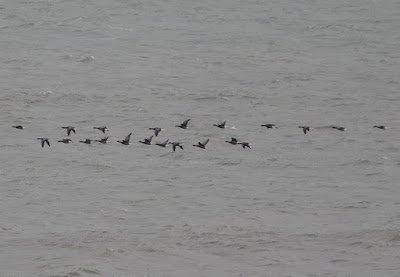 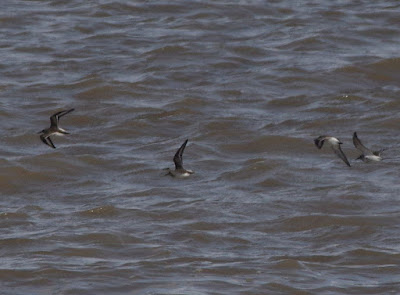