While we were waiting for the Short-eared Owl on Thursday, Norman called out a chat on a somewhat distant Gorse bush. I've only just looked at the single picture I took of it and it's quite odd! Although it's obviously a 'normal' female Stonechat, Saxicola torquata, it has a very pale throat. The lack of a dark crown and pale supercilium preclude it from being anything rare, but an interesting bird, nonetheless.

I add a few extra photos of the day: the previous post was already somewhat image-heavy! 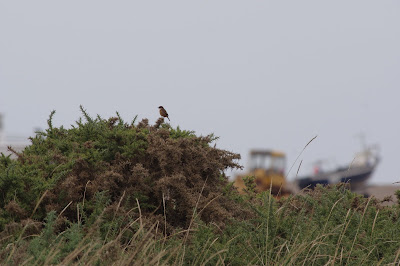 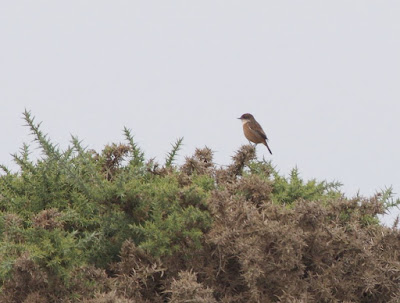 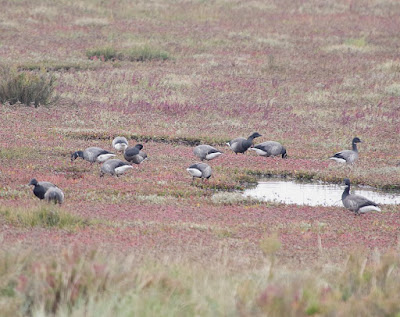 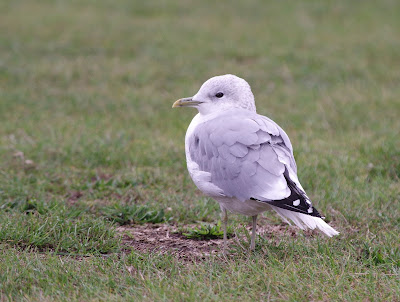 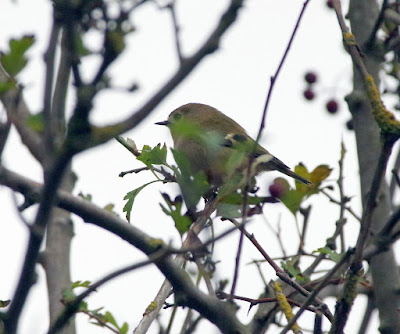 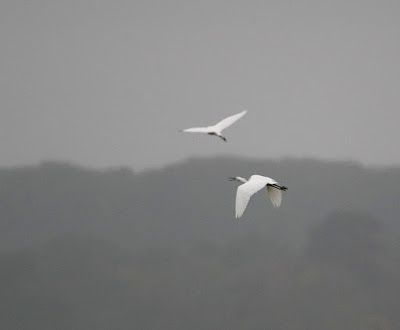 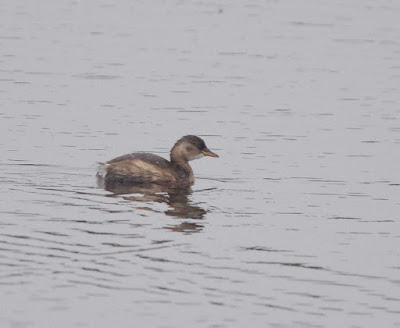 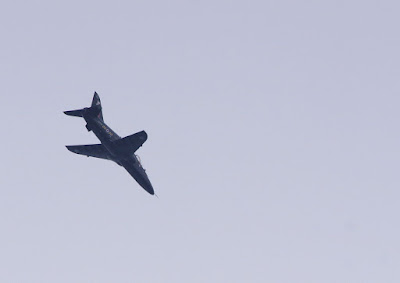