Seawatching at Walcott: Shags, a Little Auk but not much else!

Linda and I drove across to Walcott at first light for a couple of hour's seawatching. The advantage of this spot on the north-east corner of Norfolk is that when it's pouring with rain (as it was this morning) you can sit in the car and watch from the open side windows: if something appears, you can jump out for photographs or a better look!

Somewhat disappointingly, very little was passing by, despite a howling north-easterly and high tide. Among the few birds we did manage, one was a distant Little Auk while the three closest were Shags - always good to see in Norfolk. A few flocks of Eider and Brents, but that was it, so we drove south to Horsey, where we added Pink-footed Goose and Fieldfare to the short day-list! 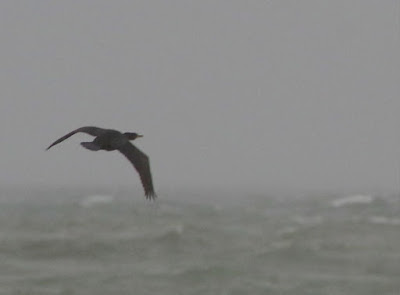 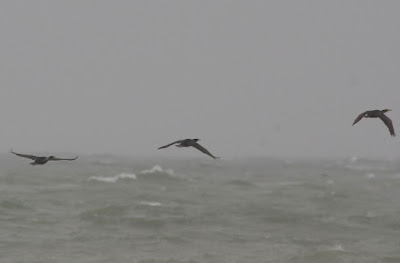 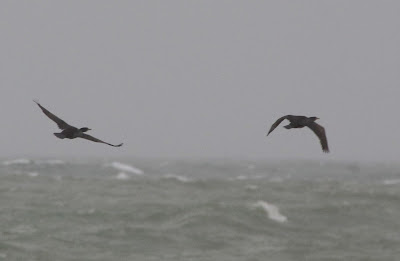 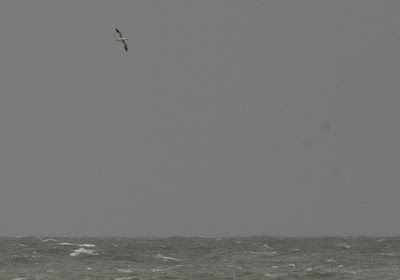 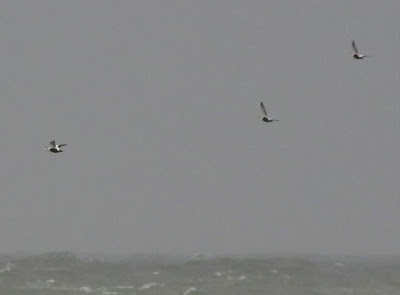 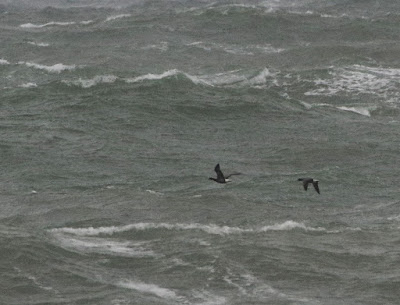 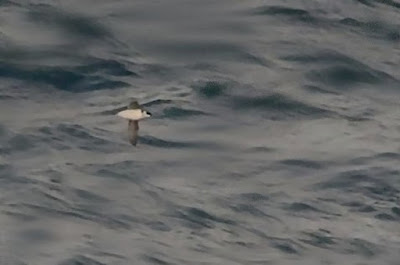 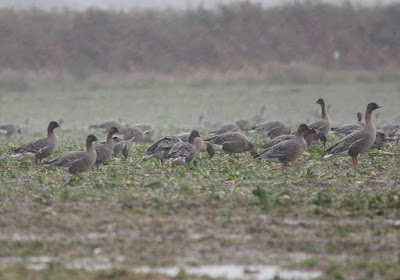 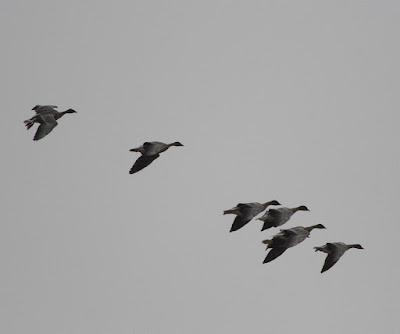 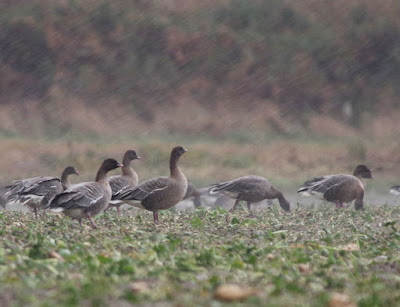 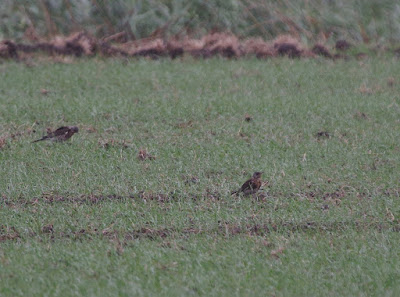 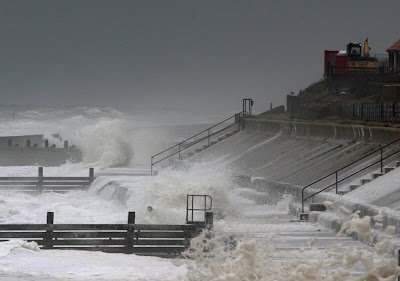 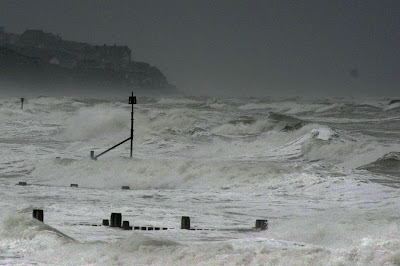