A walk around the patch and a close call....

Linda's car is in the garage for a new gearbox, so she needs mine for work: this means I'm marooned at home! No worries: I always have plenty to do. After lunch I thought I'd go and take another look at our local Reeve's Pheasants: to my horror I found a shoot in full swing on just the part of the Heath they've been frequenting. I asked the Keeper if the guns left the Reeve's alone - to my surprise he replied that a few would probably be shot by accident, but: continued:

"It doesn't matter - they don't cost much more than an ordinary Pheasant!"

There was a time - many years ago - that I half-believed the game shooters'  apologia that they were the true guardians of the countryside and that without proper keepering and maintenance there'd soon be no wildlife left. This gentleman's attitude and that of his many chums in the Highlands makes this argument completely untenable. Bearing in mind that it was probably a gun on this estate that killed the Little Bustard last year and you have to question the sense in arming someone who can't pick out a Reeve's Pheasant in close flight from a regular Pheasant.

A few highlights on the walk included a few Pinkfeet, Redwings and Mistle Thrushes as well as an apparent near miss in the skies above Norfolk! 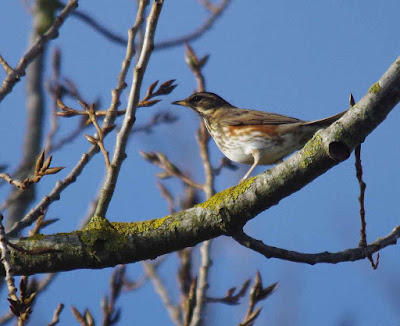 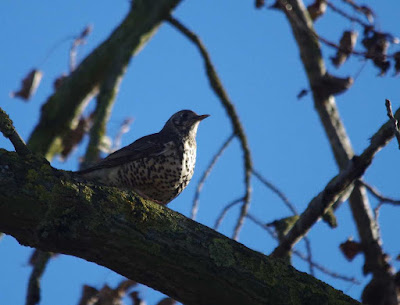 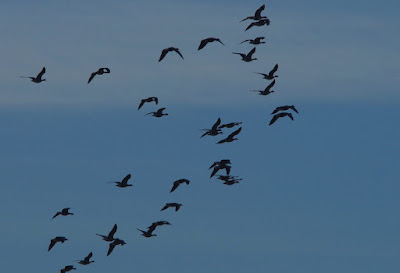 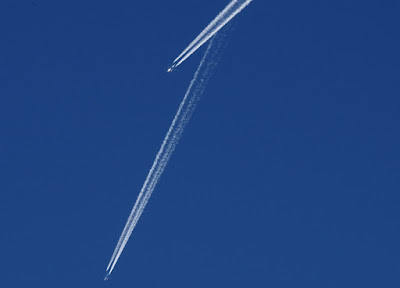