For those of you who are not lucky enough to live in Norfolk, this suburb to the south west of Norwich is pronounced 'Cossey' (much in the same way as Happisburgh / 'Haysboro' and Wymondham / 'Windum'!)

Today - after two attempts - I finally caught up with the long-staying flock of 30+ Waxwings that are feeding confidently on rowan berries on the edge of a sports facility in Jerningham Road.

The first time Linda and I rolled up (at around 9.00am) only Yare Valley stalwart Dave Rounce was on site: he'd seen the flock, but an unfortunately-directed football scared them off. We did watch them do a high-level fly-past before we had to leave. When we returned a couple of hours later a crowd of perhaps thirty people were watching the Waxwings at close range. Unfortunately the light had deteriorated, so the shots I obtained weren't as good as I'd hoped: but even so, most welcome! 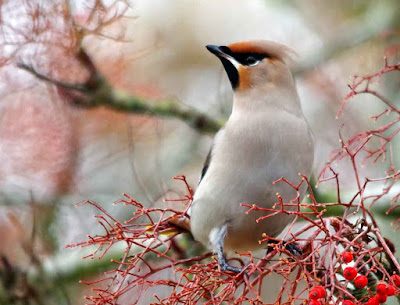 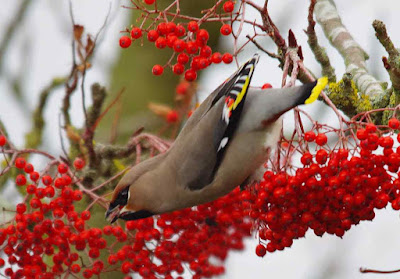 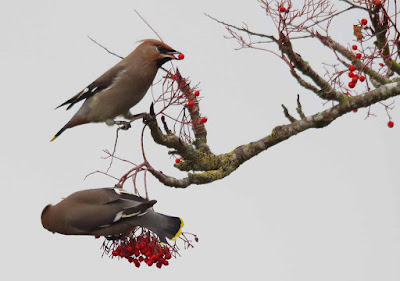 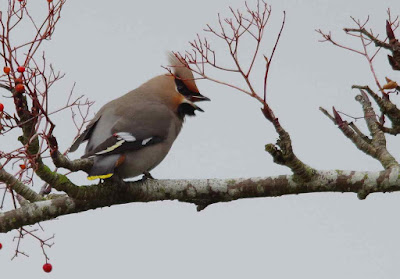 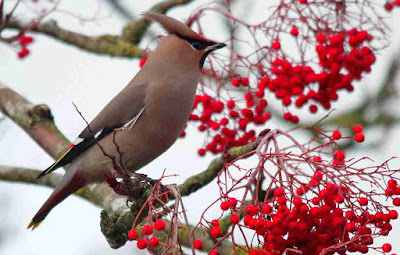 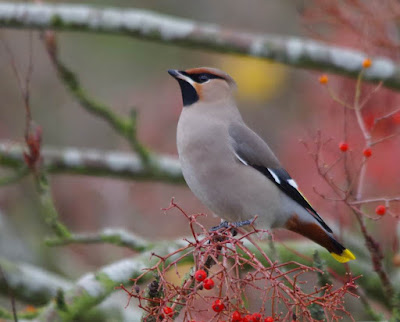 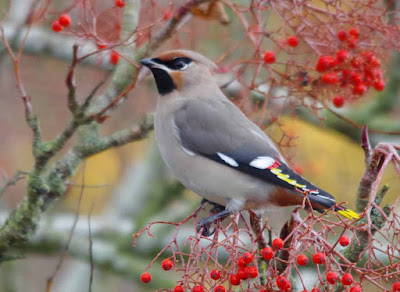 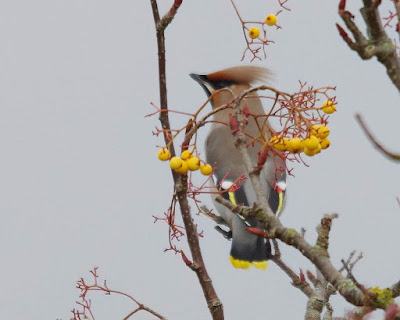 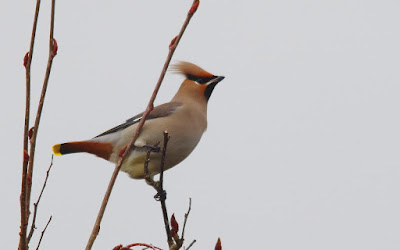