No Shorelarks, but a year tick and my best-ever view of a Jack Snipe.

First run out for the 'new' car: already I love it!

Brian and Norman arrived at just after seven, so by eight we were on the beach at Holkham (having already flushed a covey of eleven Grey Partridges near Cley.) For the next two hours we walked east and west from the gap: for much of the time we were the only people on the beach. The only birds we came across were Brents and dozens of Mipits...

A move to Brancaster was similarly unproductive: no news of the Waxwings, so we carried on to Titchwell. To our dismay, the management had decided to cut reeds and grasses right in front of both hides and were in the process of burning them: the chances of connecting with yesterday's confiding Jack Snipe seemed slight. We elected to sit in the empty hide and eat our elevenses:  to our amazement, the Jack Snipe appeared just yards away, giving fabulous views! Other birds included a distant Great White Egret and very close Dunlin and Ruffs.

We drove eastwards, stopping for a seawatch at Cley: we were too late for the Little Auk passage, but added Bonxie, Gannet and Scoter to the day list (In fact, Bonxie was a year tick for me!) 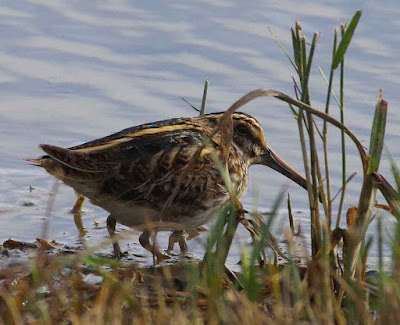 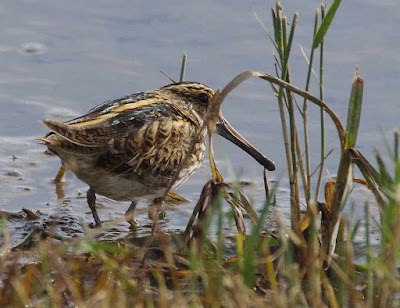 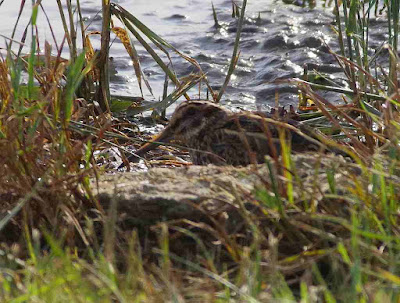 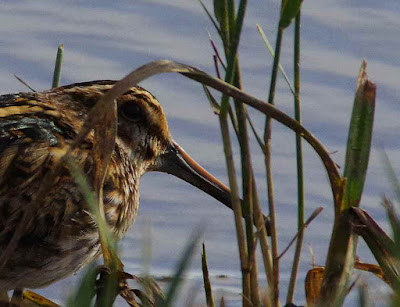 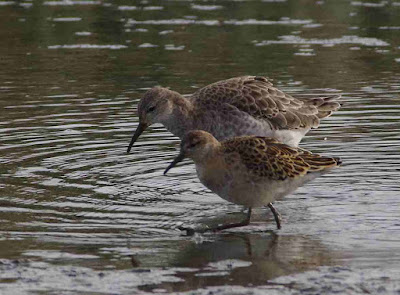 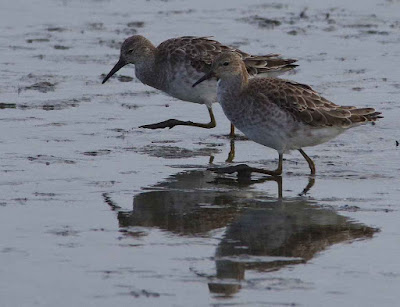 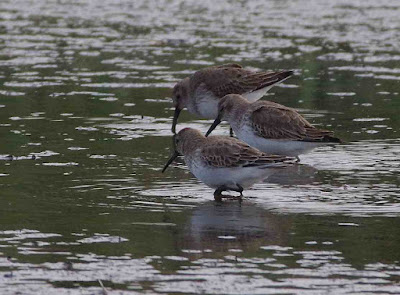 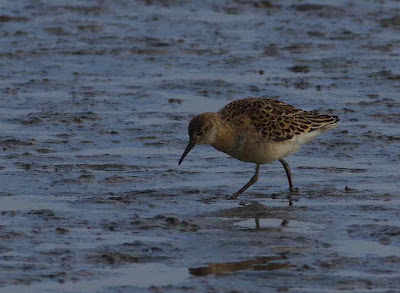 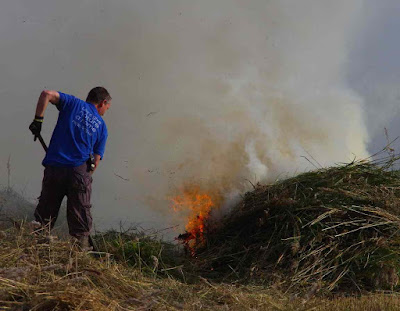 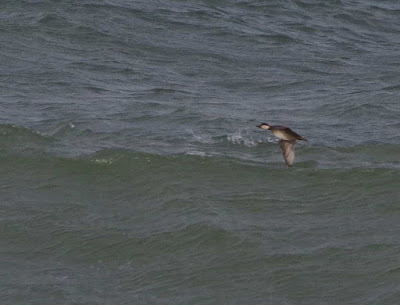 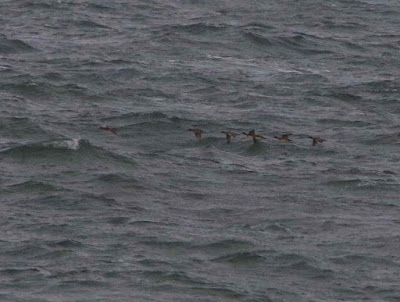 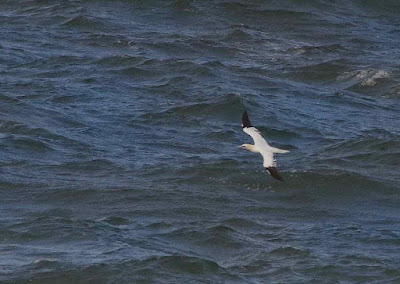 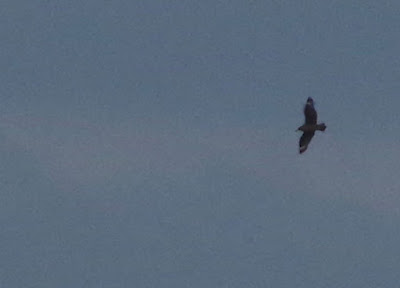 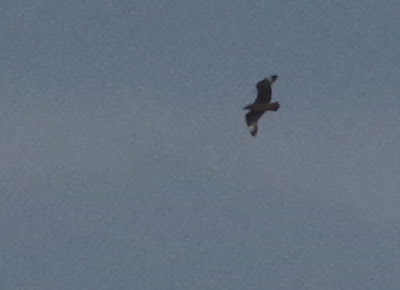