Since I had to be in Norwich this morning, I dodged the showers and visited Whitlingham CP to see if I could add Velvet Scoter to my Yare Valley list.

I walked most of the way to the eastern end and back without finding the target (although I did photograph a ringed Black-headed Gull - always interesting!) On the way back to the car,  I stopped to chat with a fellow birder from Essex (where I grew up!) After ten minutes his dog was keen to resume its walk, so we said our goodbyes. I'd only walked a couple of hundred metres when he called me back: the Velvet Scoter had appeared mid-broad!

Although too far away for really good photography, this was still the closest I've been to the species, so I enjoyed watching (and imaging) it for half an hour, before the rain began to set in. It's presumably a juvenile drake: seemed a bit dark for a duck, but then I could easily be wrong! Delightful, and most welcome! 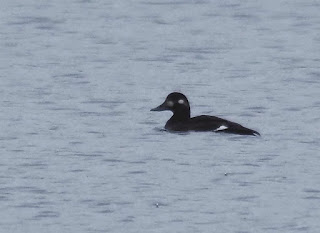 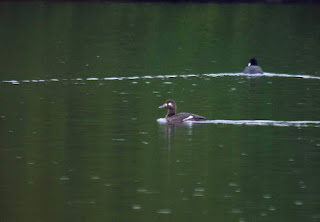 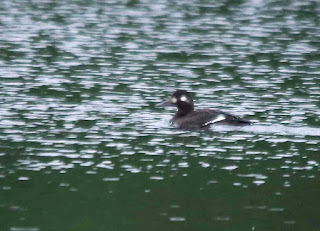 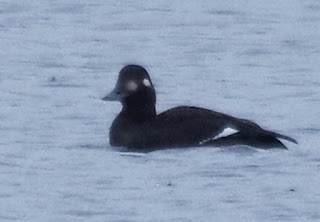 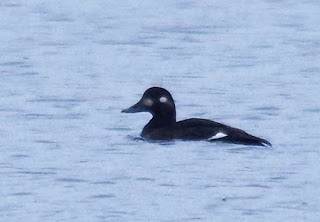 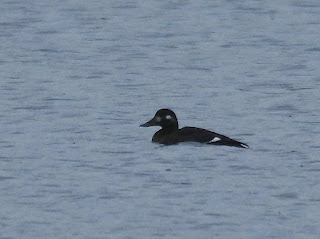 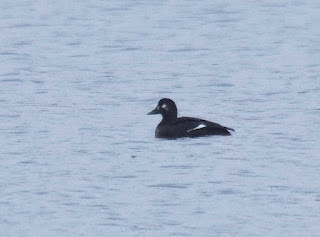 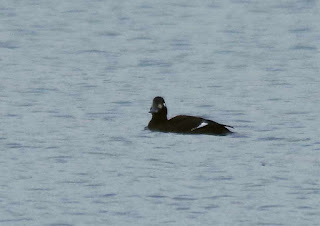 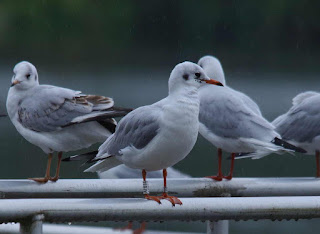 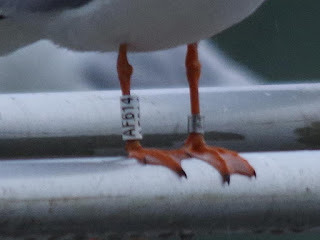