Horsey twin seal pups and Cranes all over the place!

With nobody free to come out to play, I thought I'd have a morning on the East Coast, and was out of the door by 8 o'clock.

First stop was Acle, where I pulled into a layby just after the Oby turn-off to photograph a distant pair of Cranes feeding along a ditch. Ten minutes later I came across another, closer pair by Horsey Mill: these were really confiding, although the incredibly bright sky made camera-setting difficult!

Having shoved £3 in the parking machine at Horsey Gap (no reduction for Blue Badge holders, I notice: seems mean...) I strolled southwards to the seal watchpoint, seeing just a few Marsh Harriers, Pinkfeet and Stonechats on the way.

The seals and their pups were lounging around close to the various vantage points, allowing good photo-ops. The 'famous' twins were a little further away: one seemed bigger than the other, but both were suckling the same cow.

Great to meet Ian on the walk back: he's been kind enough to say some nice things about my blog from time to time! 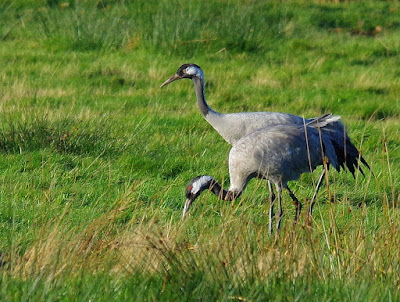 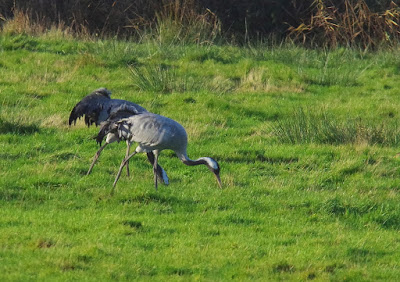 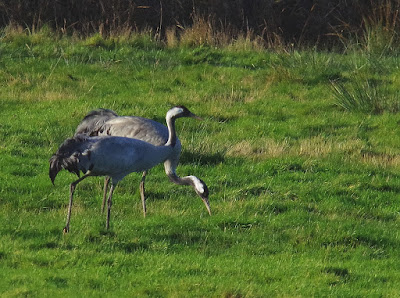 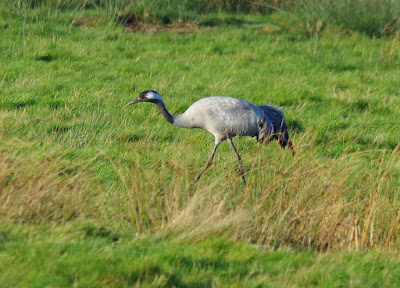 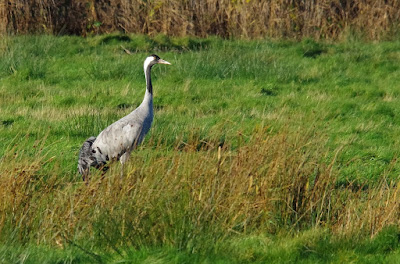 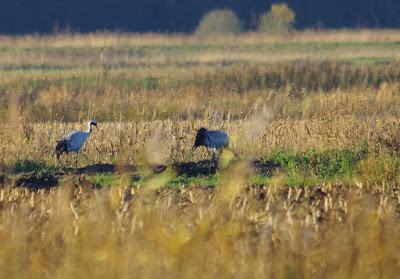 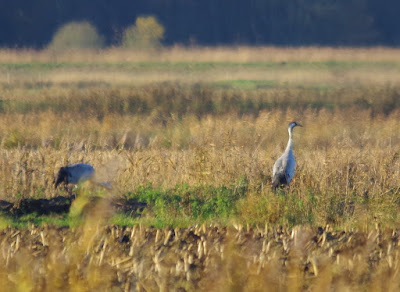 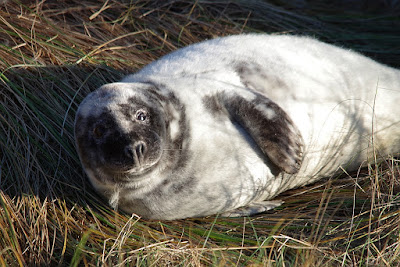 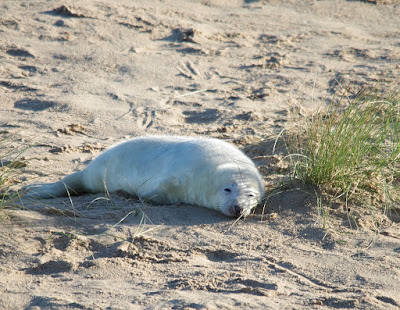 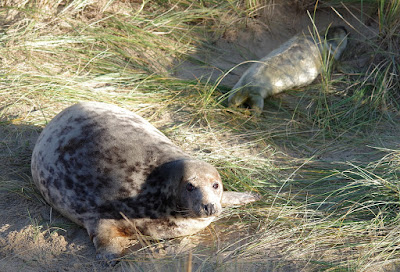 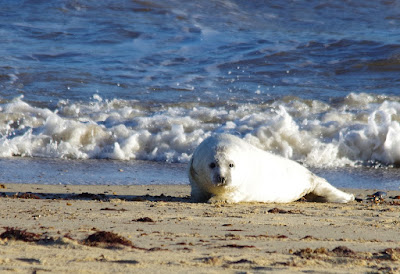 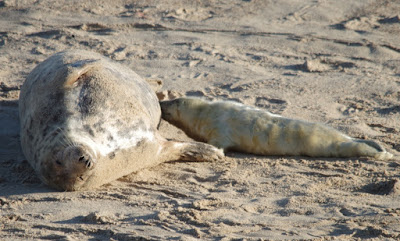 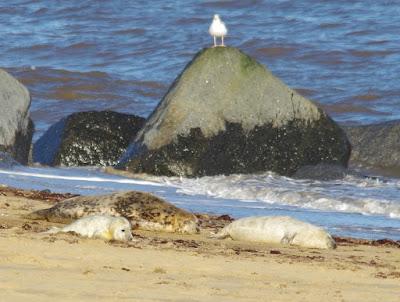