On my way to the new ASDA at Lakenham, I stopped off at Whitlingham Lane for half an hour in an attempt to catch up with the oft-reported Goosander(s). Despite a walk right to the far (eastern) end, I thought I was going to be out of luck again, but then two sleepy drakes drifted out from behind some overhanging bushes on the far side of the lake. Their only brief spell of animation was when they woke up to drive away a Coot! As I was photographing these, a female duck with a well-marked bill drifted into view. It looked a bit like a Scaup, a bit like a Ruddy Duck (!) and a bit like a female tufty. Interesting!

As I was leaving (having put the camera away, natch!) two Mallards flew the length of the lake: with them was a much smaller, all-white duck. Using the bins, I was 90% sure it was a drake Smew. 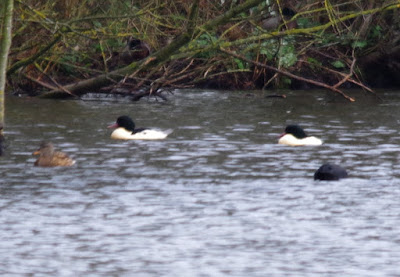 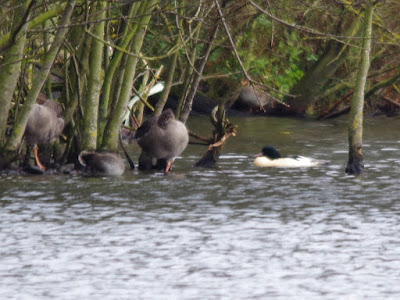 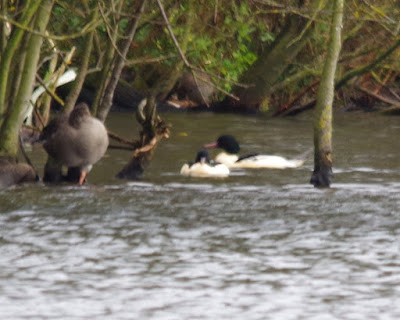 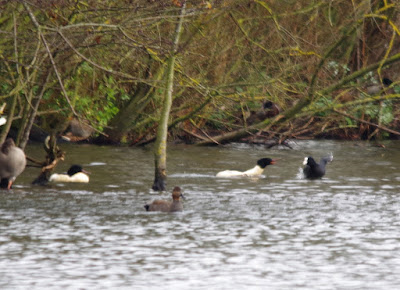 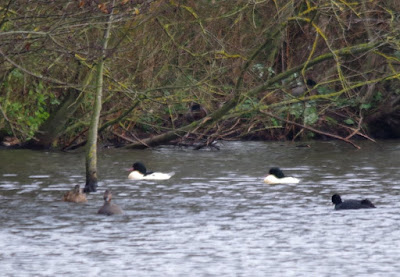 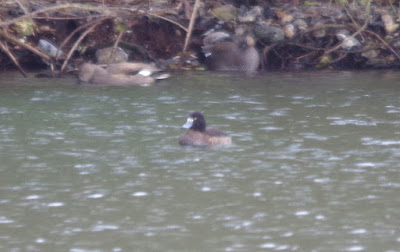 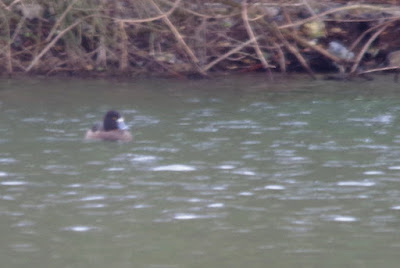 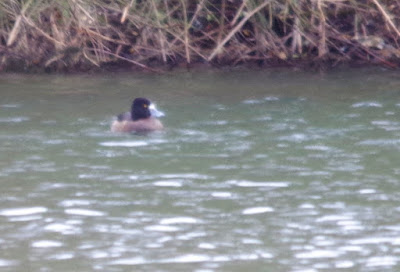