Tour of the east coast: Cattle Egret, wild swans, Med Gulls and so much more!

With no-one available to join me, I took a tour around north east Norfolk, starting at Ludham for great views of a mixed herd of Whoopers and Bewicks. Personally, I find wild swans much more attractive than Mute Swans...

I pulled over at Horsey, but didn't notice anything unusual: driving on, though, produced a dapper little Merlin across the road at Hemsby. Next stop was Sea Palling for another look at the Cattle Egret: no nearer, but just as appealing. From there I drove south through Caister (where I stopped to buy a loaf!) to Great Yarmouth. The sea front produced 50+ Mediterranean Gulls in various plumages: the loaf brought them close enough to see that several were ringed.

Breydon Water was as good as it gets for wader and duck fans: Curlews, Godwits, Grey & Golden Plovers, Dunlin.... No sign of Peter Allard's GWT, but lots of Pintail, Teal & Wigeon.

I turned off at the Stracey Arms and pulled over for a scan of the marshes: I think I saw a pair of Merlins on a gate: no doubt about the Barn Owl, Fieldfares and Redwings, though!

Final stop was Cantley, where the Bean Geese were lurking on the edge of a huge flock of Pink-footed Geese 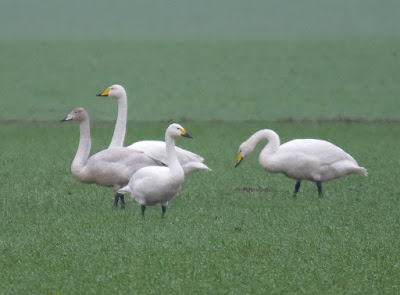 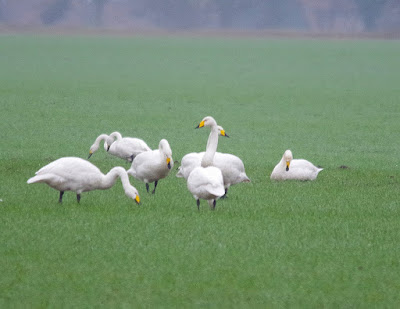 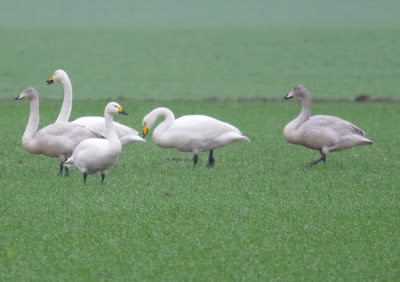 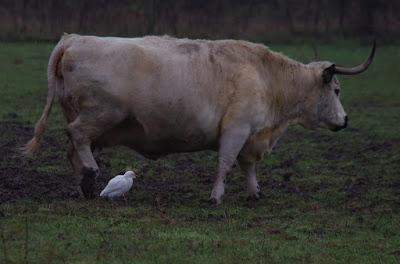 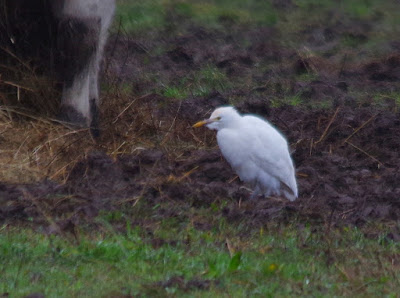 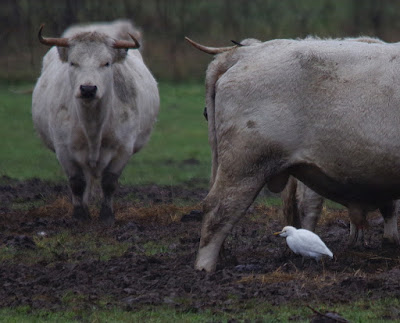 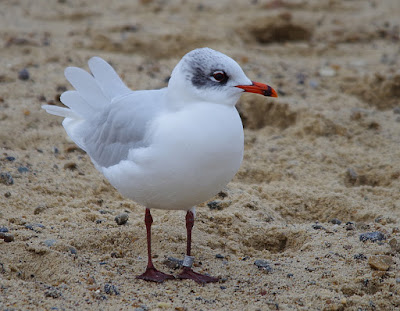 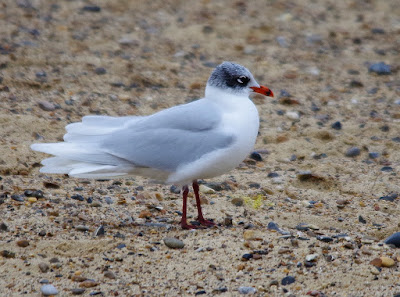 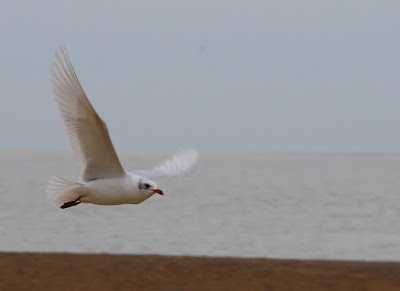 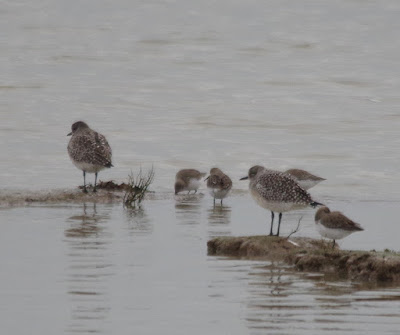 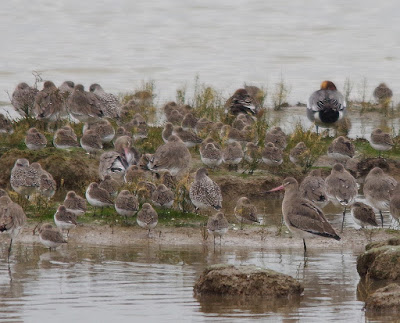 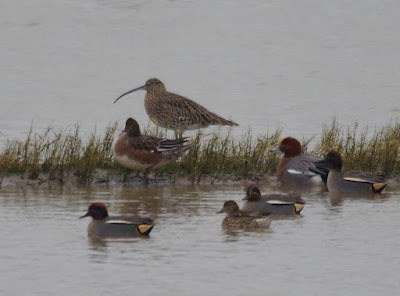 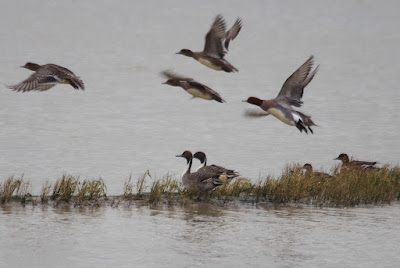 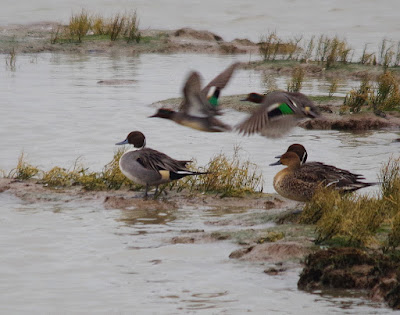 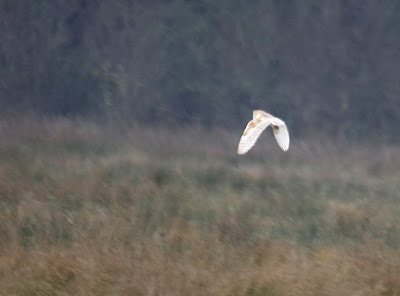 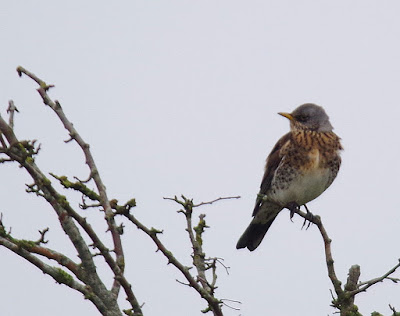 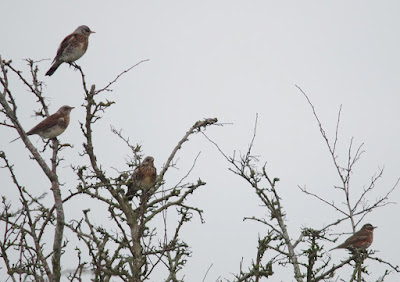 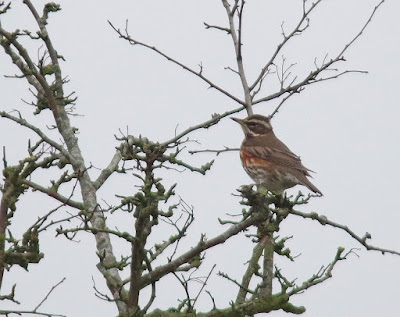 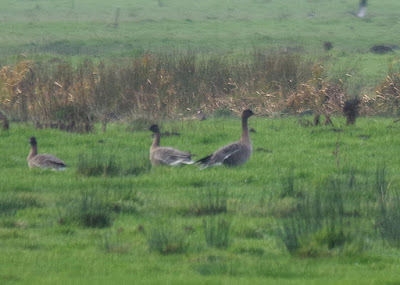 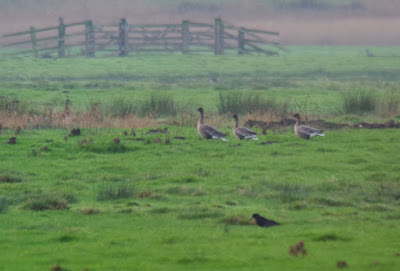 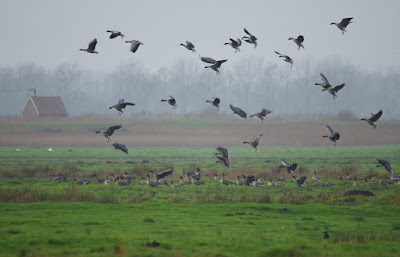