While I was waiting for the ISS to pass close by the Moon at just after 7.00 this morning, I was struck by how obvious three large craters were: the dark-floored Grimaldi, the large compound crater Clavius and the ray crater Tycho. Its rays actually go right around the Moon and are thought to be made up of the ejecta produced by the impact that formed the crater. It's quite a young feature - perhaps less than a million years old - and is believed by many meteoriticists to be the origin of the curious Indo-chinese Tektites. These black, glassy objects have an unusual chemical composition, lacking any water or hydrated minerals. 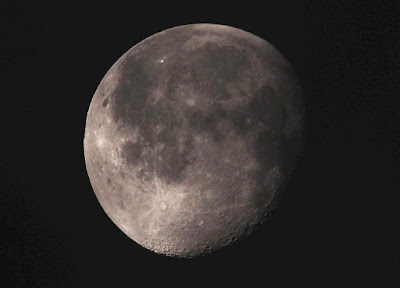 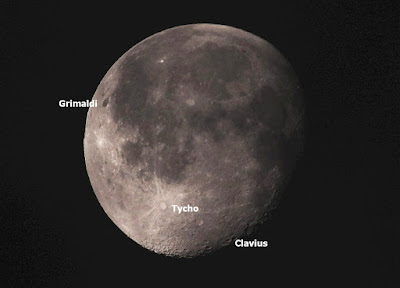 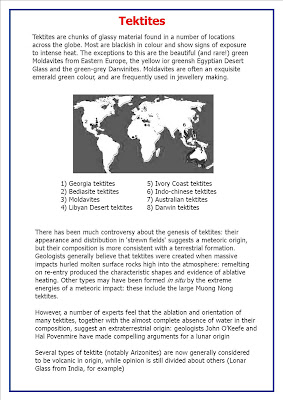 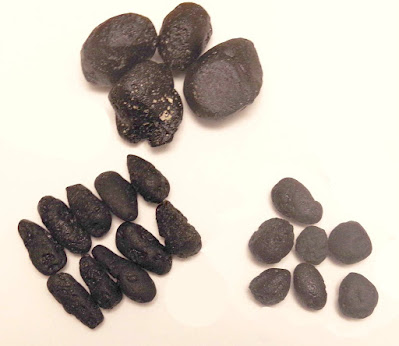