I was just about to start tea when the pager alerted me to a drake American Wigeon at Potter Heigham: to my delight, Linda exclaimed 'What are you waiting for?' so off I went. I parked just off the main road and trudged along the pot-holed path along the northern edge of the marsh. I was just nearing the corrugated iron hut when Steve Gantlett drove up.

After a quick chat, he carried on to the anglers' car park, where there were a couple of young birders: they redirected us back to the first pool where, sure enough, the AW was dozing on a mud bank. A Marsh Harrier made it sit up and then fly around, allowing some half-decent flight shots. Steve had seen the bird drop onto the pool at the south-eastern end of the reserve: after a somewhat warm trudge round, Steve eventually refound it and its female Eurasian companion. Other 'goodies' included a good flock of Tundra Ringed Plovers and the first Swallowtail of the year. 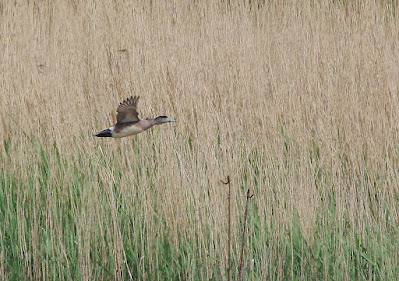 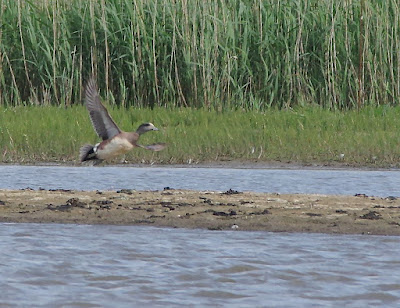 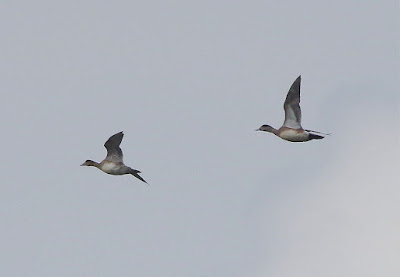 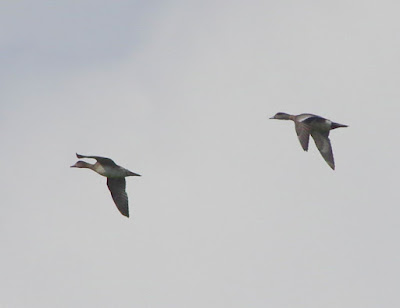 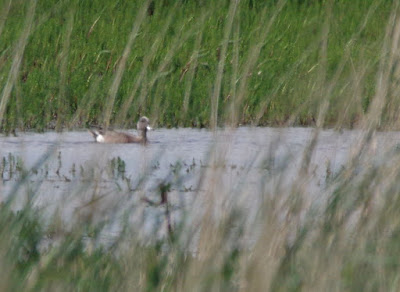 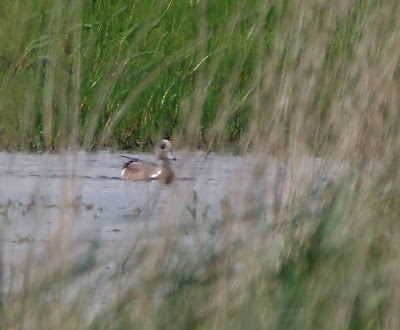 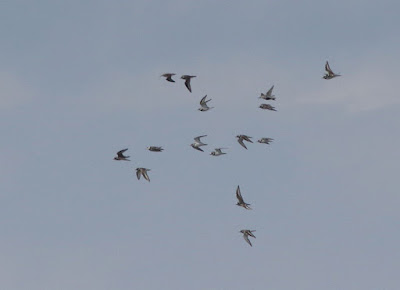 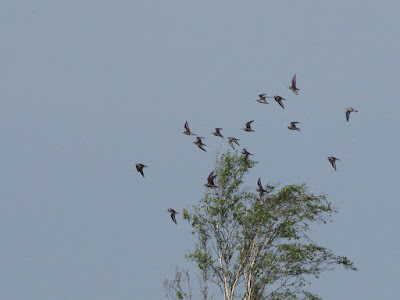