The futility of high water levels!

It's a somewhat irritating fact that many of the local reserves (particularly those administered by the RSPB) seem to raise their water levels every Spring. I've occasionally asked the wardens why they do this during peak wader passage: almost always their reply is that it's done to stop foxes predating Bittern nests. Hmmmm... My usual response is that:

a) Foxes can swim!
b) Otters are widespread throughout Norfolk and I've often seen them take chicks
c) Marsh Harriers and Herons are far more of a potential threat to reed-nesting species.
d) Chinese Water Deer trample all over the reedbeds
e) It doesn't seem to be working!

I would have thought that shallow pools with muddy margins to allow hungry long-distance migrant waders to rest and refuel was a far more worthwhile strategy. 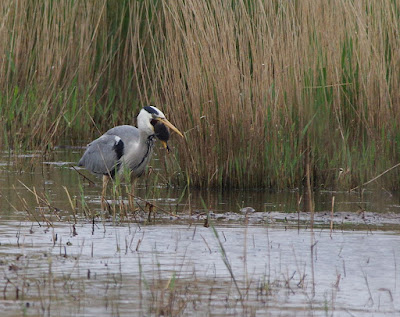 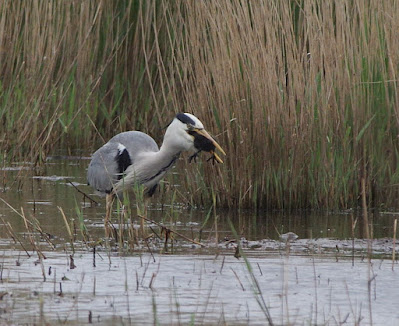 Interesting point and it would improve Strumpshaw, I'm sure they'll say that Buckenham serves that purpose, but the creation of shallow pools with muddy edges would be a benefit.
Visited Hickling yesterday morning and it does have a good mix of the 2, plus lots to see there at the moment and not too busy. Had the platform to myself late morning.

Had similar issues at titchwell with no mud and no waders on show.

Thanks for your thoughts Roger.
Buckenham also has high water levels at the moment: and of course the hide is a couple of hundred metres from the main pool. The 'wind pump' pool is also a long way from any vantage points.