With my van being in the garage, I've been stuck in the office for a couple of days, so was keen to take advantage of the fine weather. Having met Kim, she was more than happy to have a bash at the Great Grey Shrike at Horsey and we were on site by 8.00 am. After a few false starts we enjoyed great views of this delightful migrant, along with three Ring Ouzels and numerous Stonechats.

At Waxham we saw and heard a Yellow-browed mixed in with a tit flock, but only managed poor shots of a Goldcrest!

On the way back to the Yare Valley, I suggested a stop at Cantley. Astonishingly, we were visitors 003 and 004: you might have thought a White-winged Black Tern would attract more interest....

Visitors 001 & 002 came past, confirming the bird was still present, so we hurried to the 'stalagmite lake' where we were treated to splendid views in the Autumn sunlight.

Other birds included lots of Buzzards and Sparrowhawks and a Kingfisher. 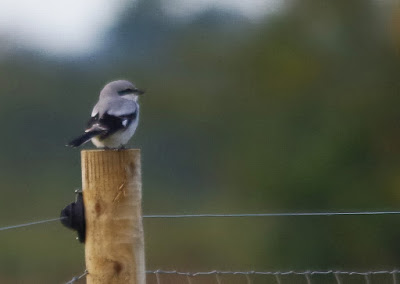 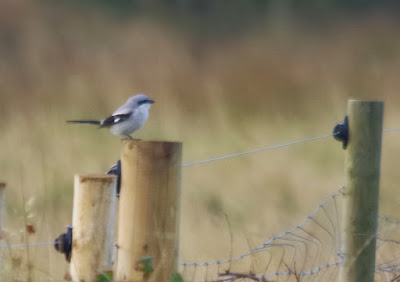 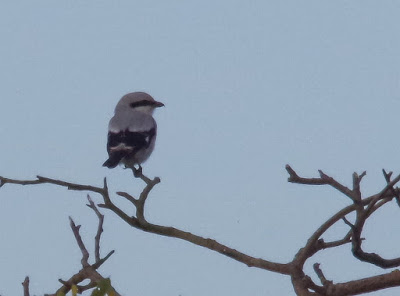 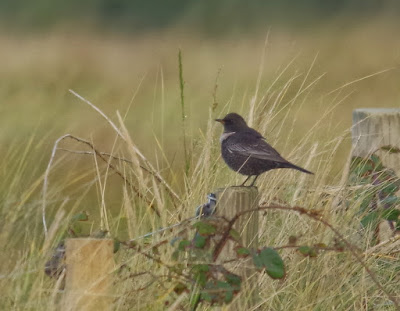 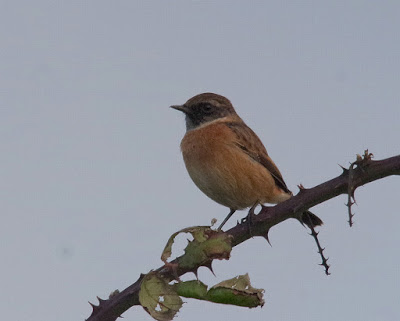 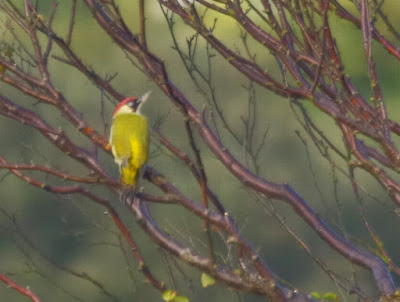 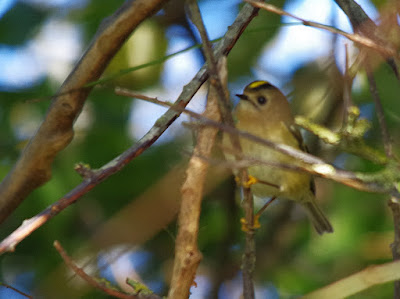 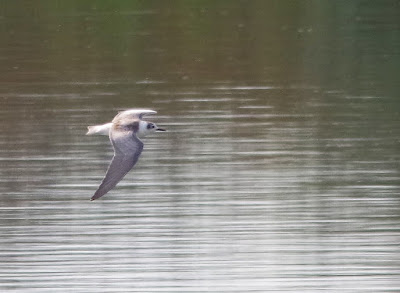 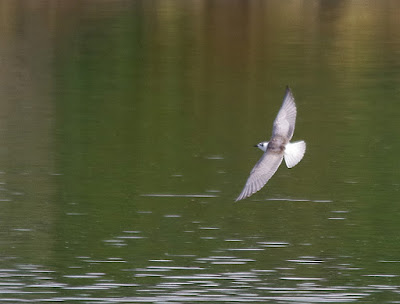 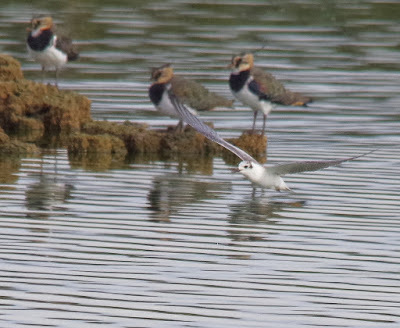 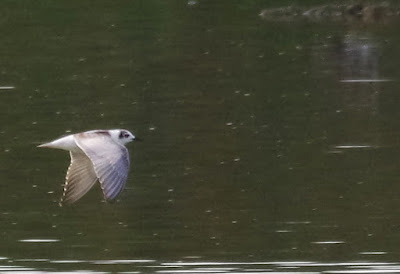 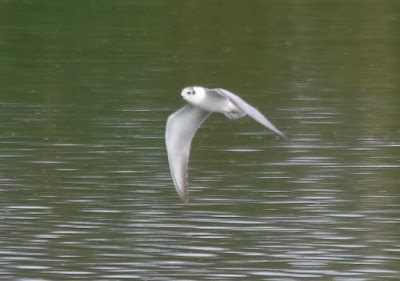 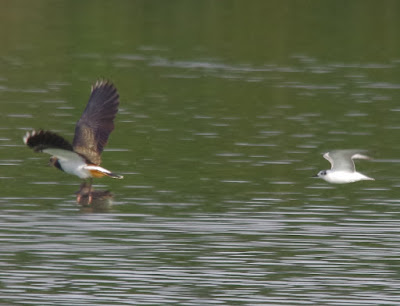