Having enjoyed some absolutely first-class birding, Linda and I took the three kilometre walk along the dunes from Horsey Gap car park to the Grey Seal colony.

This well-known attraction is visited by thousands of walkers and photographers every year, particularly between November and January when the cute, fluffy white pups are born. Two things always slightly irritate me, I have to say: dog walkers who let their pets off the leash right by the seals and people who take their young kids within a couple of metres of them: I wonder if anyone has ever been bitten by a territorial bull or a female defending a pup?

Today the seals were having a fine old time, touching noses and mating in the surf: it put me in mind of the film mentioned above where Burt Lancaster smooched Deborah Kerr as the waves broke over them! 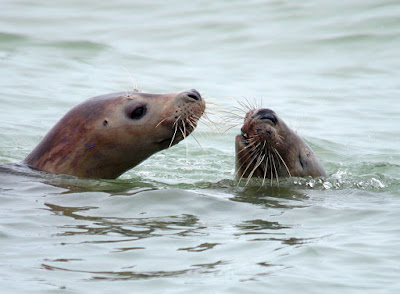 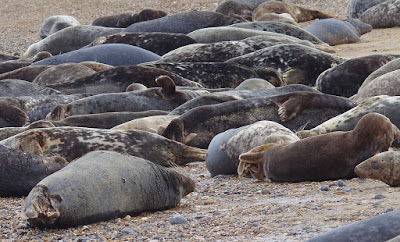 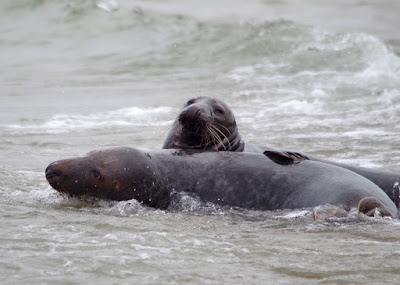 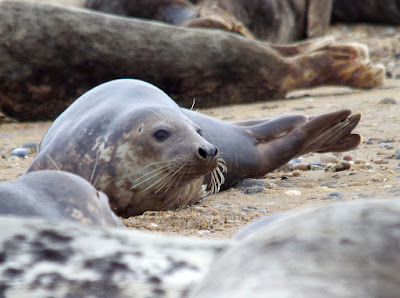 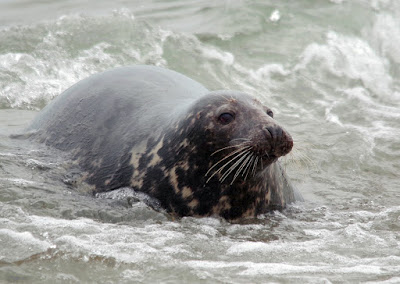 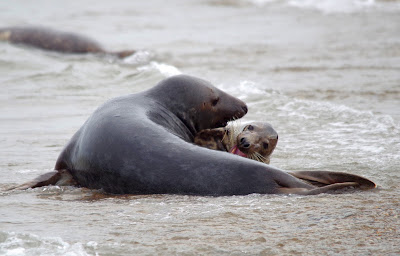 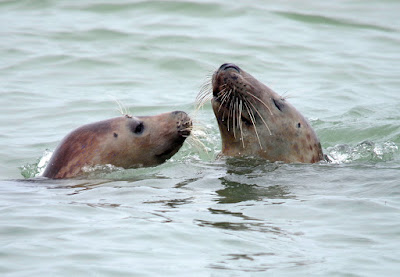