Isabelline seconds and a Blyth's with Brian!

Since Brian hadn't had a chance to enjoy the Isabelline Shrike at Beeston Common, we decided to make an early start and head north. Astonishingly, on the way a Corncrake fluttered across the road near Antingham! Only the second one I've seen away from the Hebrides...

We were the first birders / photographers to arrive at the Common so parking wasn't a problem! Following a bit of a wander round, I located this beautiful little sprite hunting from a hedge, After a while our patience was rewarded when it flew into a hawthorn bush right in front of us. Great to fill up on this rare vagrant with just one other birder for company.

As people began to arrive, we headed westwards, stopping at Cley for a brief look at the crashing waves (lots of auks and Gannets) Since Brian has a bad cold, we decided to look for shelter from the wind, and moved on to Wells Woods. A longish walk of around six miles turned up fleeting glimpses of a couple of Yellow-browed Warblers (but no pictures!) as well as Redwings and hundreds of Goldcrests. Quite out of place was a Grey Wagtail feeding around the pine roots.

Walking back through the Dell, we found ourselves in a group of 20 or so birders who'd pinned down the Blyth's Reed Warbler. We hung around for half an hour, 'enjoying' very fleeting views of this skulking acro. before heading home just before the rain arrived. 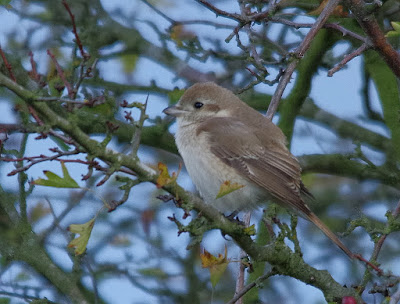 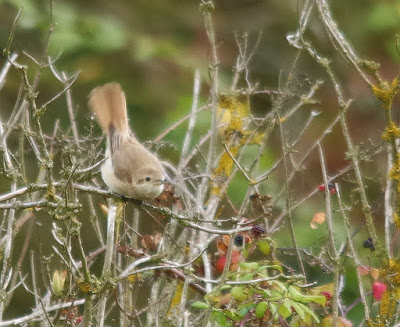 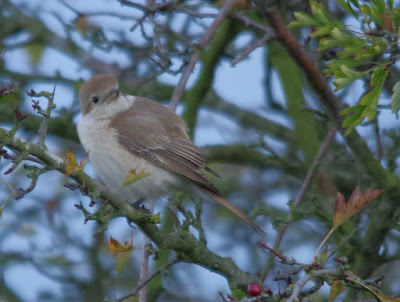 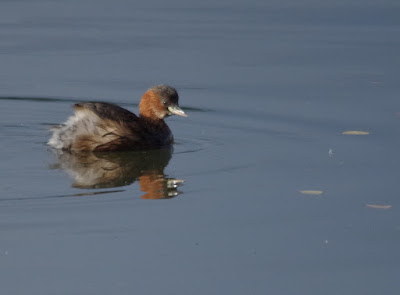 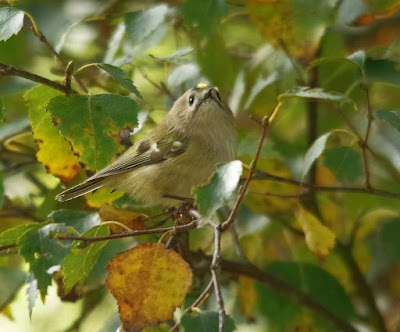 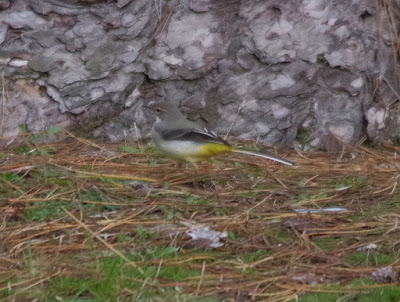 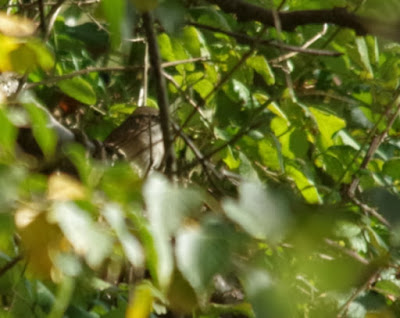