Seek and ye shall find! American Golden Plover at Breydon

When I was at Breydon south wall with Brian yesterday I was shooting the breeze with Rob, a Suffolk birder who knew a lot of the same old timers as I did! (When I was a five-times a week Breydon regular back in the eighties.)

Several times he felt he might have had the American Golden Plover on the falling tide with Godwits: he suggested I took lots of photos and looked through them when I got home: this I've just got around to doing. To my amazement, I found several images that seem to be of the AGP: I'd be disappointed if I'd never seen one before, but since I've seen two others, I'm quite chuffed with the incredibly distant shots I managed! 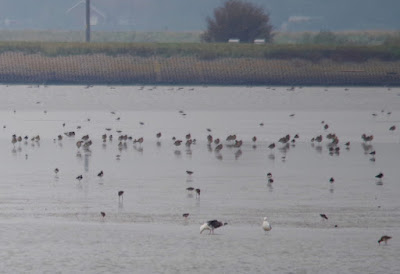 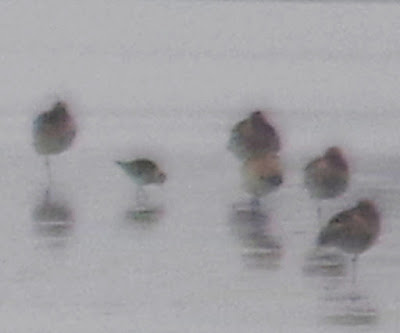