A fairly early start saw Martin and I at Beeston Common before the crowds built up: we only had to walk 100 yards to achieve terrific views of this Autumn's third Shrike species: a really confiding little Isabelline Shrike, enjoying the warm sunshine at the top of a small Hawthorn.

We spent half an hour studying the little cracker - the closest I've ever been to one - before moving to Walsey Hills in search of YBWs: no joy, just lots of Goldcrests and an almost subliminal Ring Ouzel.

After coffee at Cley, we continued westwards to Holkham where, on arrival,  a couple of birders told us there was a Radde's on offer. A brisk walk found us in the right spot, but five minutes too late! Suddenly Lee Evans started to run back along the track, calling out 'Red-flanked Bluetail'. We stayed where we were for an hour, but failed to relocate the Radde's or a reported Dusky Warbler just a few yards further west, so (with our parking ticket running out) headed back. After a quarter of a mile we saw a small group in the birch scrub by the path: they'd refound the Red-flanked Bluetail! Martin and I burrowed in and watched patiently until we both had views (but not photo ops) of this great little bird.

On the way home we paused at Stiffkey, where a walk to the 'Whirligig' and back added a Buzzard, a few hundred more Goldcrests, a couple of Bramblings and Redwings and a thrush-sized grey passerine that proved too elusive to pin down. 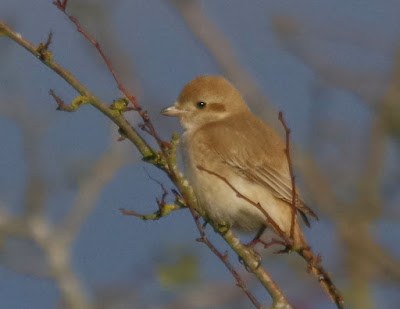 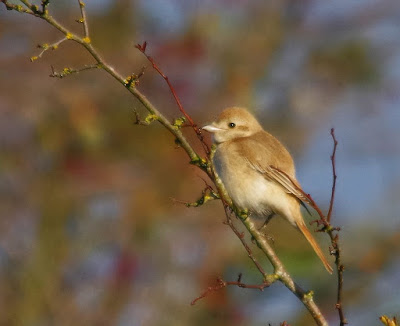 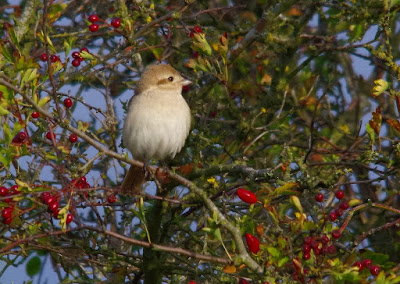 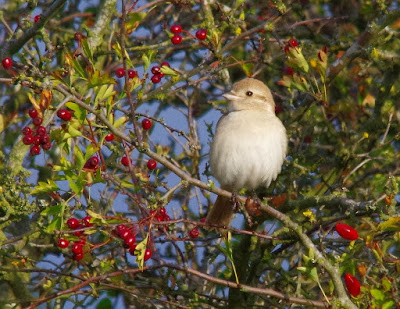 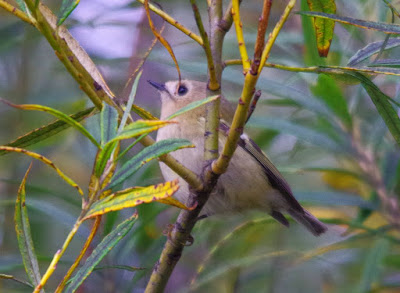 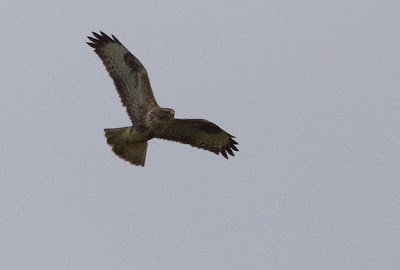 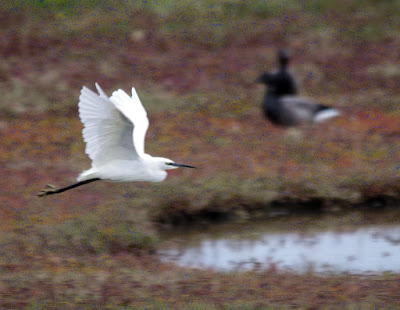