A very early start: still no Caspian Tern, but a Reeve's Pheasant was nice!

Knowing that the Caspian had roosted at Breydon last night, I was up and away by 5.00am and on the north shore before dawn. As the light improved, I began to pick out waders on the mud behind the Lumps: Curlew, Ruff, Black-tailed Godwits and a number of Whimbrel: I attach photos just to show how poor the light was. There was an eight okta overcast, so the visibility was still bad when I left at 6.30 to meet the two Brians and Norman at the Fen. (I've since discovered that the Tern was over by the Rugby Club: I'd already scanned the distant birds from the hide and seen nothing, so - fatally - didn't drive round for a closer look....)

The approach road to Strumpshaw was crawling with newly-released young Partridges and Pheasants, so a gorgeous Reeve's wasn't totally unexpected: Brian and I established a two-car traffic jam while we took a few photos.

Last stop was Tower Hide: the only new birds were a pair of distant Common Sandpipers. 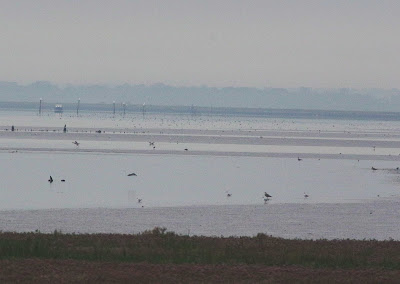 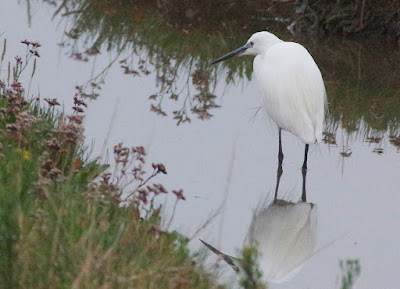 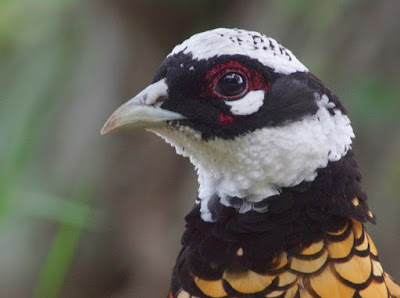 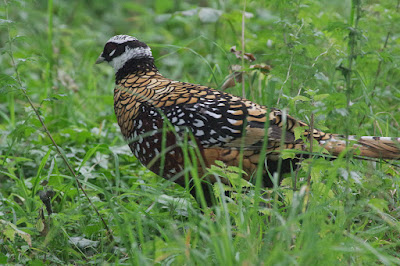 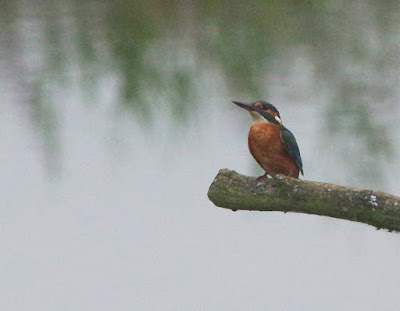 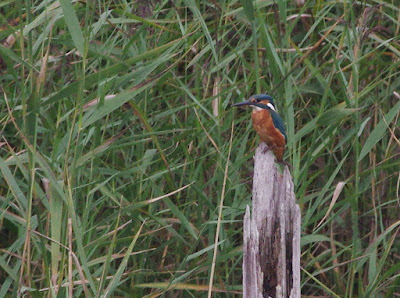 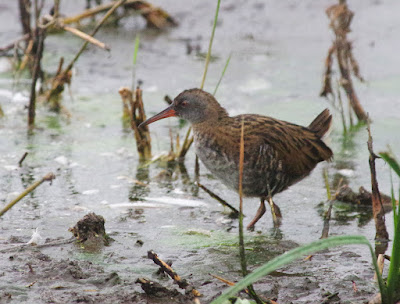 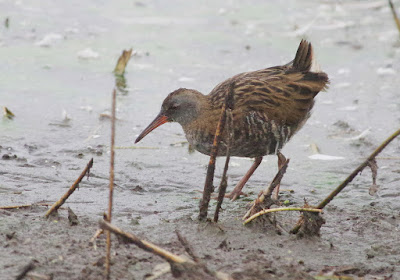 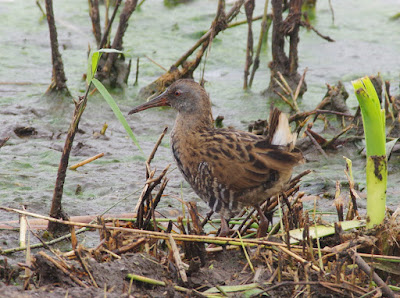 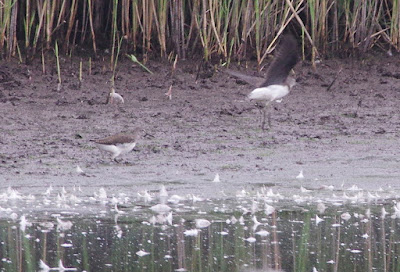 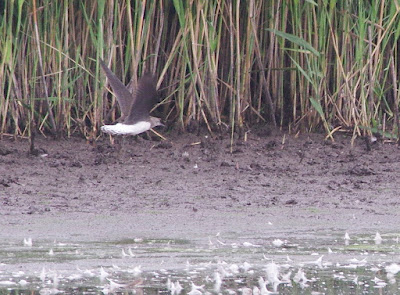 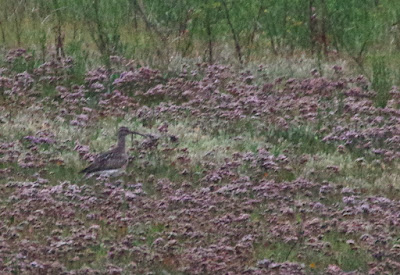