Following a morning's browsing (very productive!) at the Harleston Antiques Street Market and an afternoon enjoying Lewis Hamilton's fifth victory of the season, I dashed across to Buckenham to see if I could find the reported Pectoral Sandpiper.

Despite being told the bird had flown by the first two people I met, a wader on the large pool to the west of the track appeared to have the right credentials. I watched in isolation for a while, before being joined by a group of very pleasant birders from Cambridge: they'd been in the hide, from where the putative Pec was hidden by the reeds.

Always good to see an unusual wader on the local patch and to enjoy it in the company of some thoroughly nice people!

I have had several e-mails this morning from people who I know and trust, suggesting the bird in the photo is a Ruff: in personal mitigation, all I can say is several people were happy with it being a Pec, and, on this occasion, I didn't have my scope with me. We live and learn.

I've enhanced the contrast on the photos and the bird does seem to have an obvious transition between buff and white (albeit perhaps not in the right place, though!) And yes: I do know the bottom bird is a Snipe! 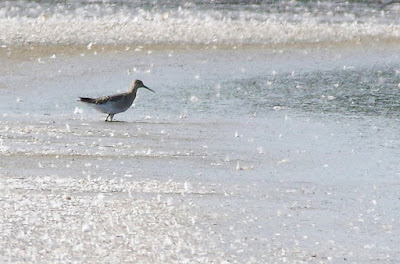 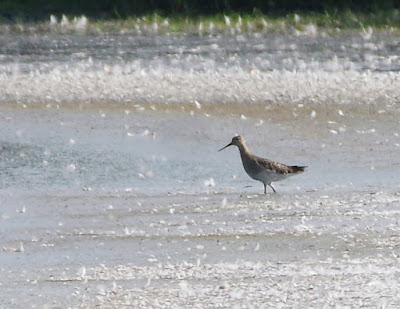 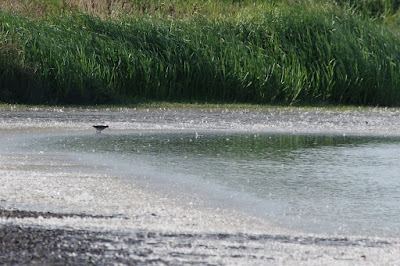 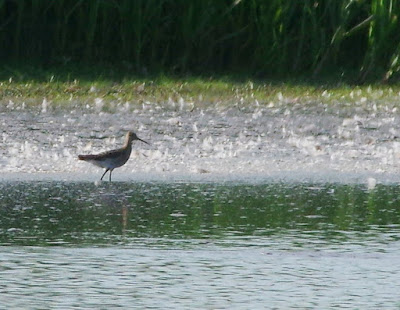 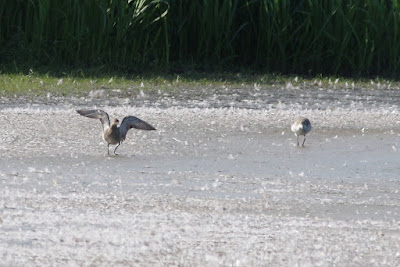 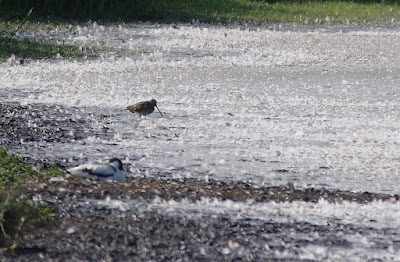