Like many people, I first became aware of PHM in the early months of 2017 when a Great White Egret and several Spoonbills were reported from the site by various Twitter users. I already knew the area pretty well, being a frequent visitor to the Weavers' Way Hide: over the years I've seen Serin, Caspian Tern, Savi's Warbler, Pec Sand and many other birds from the raised bank overlooking Rush Hills. A long time ago (when they were still rare!) Linda and I watched a Great (White) Egret feeding in the fields that were excavated to create the PHM reserve.

It wasn't until the Black-winged Stilts dropped in and decided to breed, however, that most of us realised that the Environment Agency and NWT had added a truly wonderful birding resource to Norfolk's already enviable portfolio. As well as providing a safe haven for the Stilts to successfully fledge all four young, the reed beds, shallow pools and islands have also turned up an incredible list of scarce or unusual species: Baird's Sandpiper, Night Heron, Wryneck, Cattle Egret, Crane, Black Tern, Med Gull: on my first visit in May I counted seven species of wader on just one pool!

What're interesting, though, are the conflicting stories one hears about the future of the reserve. Almost everyone I've met there (and the majority of tweets about the marshes) claim that the whole area was created as a refuge for Bitterns and Marsh Harriers, anticipating the impending flooding of North Norfolk as global warming kicks in. Hmmmm. I have my own views on that subject, but that's for another day! The generally stated view is that the NWT and EA are intending that the whole area will revert to reed swamp to encourage Bitterns and Harriers to breed, and that the open pools that have proven so attractive to waders will soon disappear.

Side-stepping the issue of whether or not other reserves' attempts to attract Bitterns have been particularly successful, a glance through the NWT's webpage about PHM suggests that this is not actually the case. Although it seems that the shallow muddy scrapes to the east of the 'Anglers' Track' (favoured by the recent Baird's) are intended to develop into further reed bed, the deeper pools along Weavers' Way are scheduled to remain as open water.

It's tantalising to conjecture just what other species will visit - or even breed - at this amazing reserve. 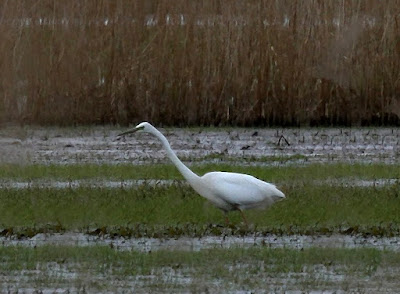 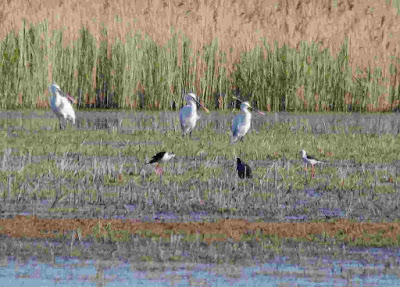 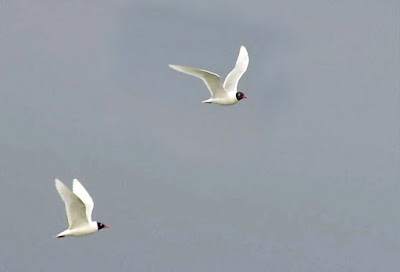 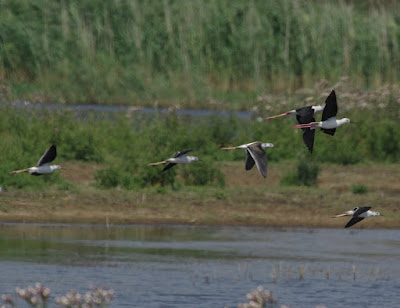