Baird's Sandpiper and other odds and ends at Potter Heigham.

Having blogged about this terrific new reserve earlier on today, I had the chance to whip across first thing: not having had much of a chance for a walk recently, I parked in the village and did the whole circuit, collecting Migrant Hawker on the way. No other birders were looking for the Baird's, which was perhaps a little surprising: in the event, it was comparatively easy to pick out, with its short, fine bill and 'weetabix' plumage. It was loosely associating with Dunlin and Ringed Plovers on the first large muddy pool, but allowed only one record shot before it (and the other waders) were scattered by a Hobby.

A pair of Green Sandpipers were feeding just past the tin hut and a Wood Sand flew through. I decided to follow it eastwards, but failed to relocate it. However, the 'Stilt Pool' held three dozy Spoonbills and dozens of Little Egrets: always good to see. The wires over the path had so many Swallows and Martins on them that they resembled a musical stave: if I'd had my guitar, I could have played them!

Linda and I had to return to Potter later in the day and were pleased to see a second Hobby hawking over the road near Oby. 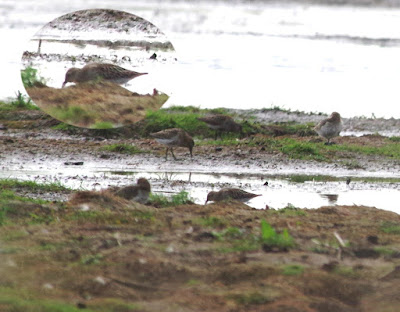 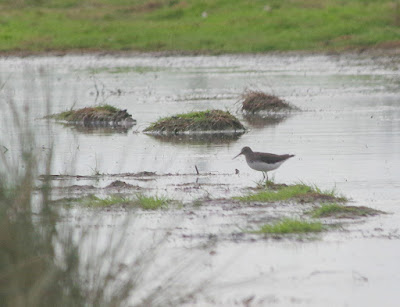 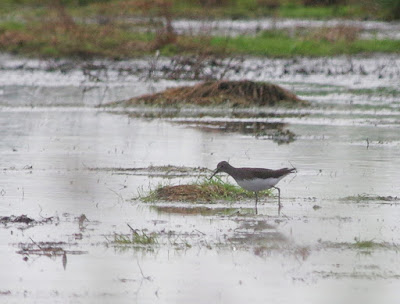 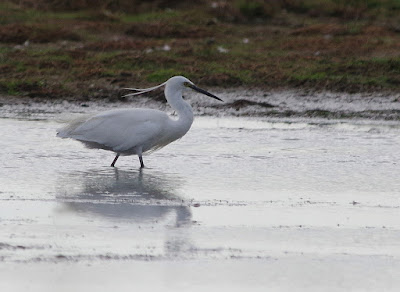 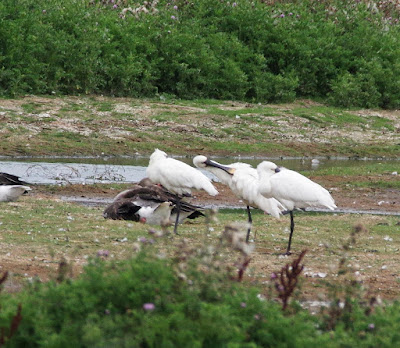 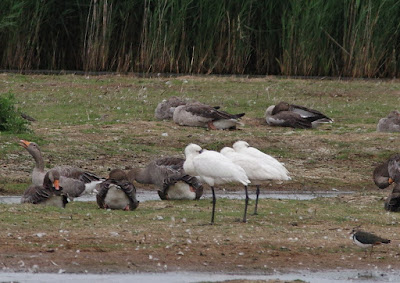 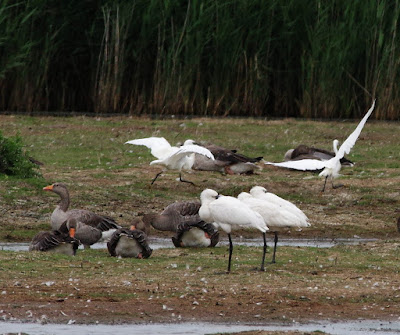 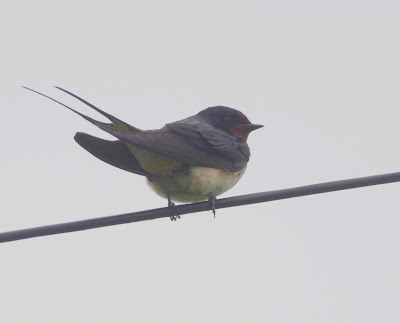 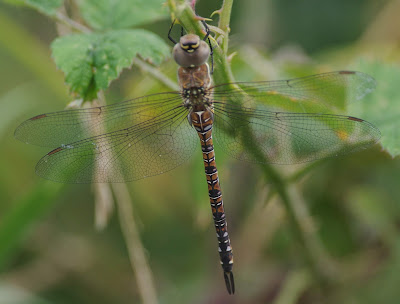