OK - yesterday's bird wasn't a Pec Sand: I know this because I saw the genuine article today! I didn't want to miss out on a Yare Valley year tick, so I took a stroll down to the hide at Buckenham this afternoon, where I came across local patcher Murray S. He pointed out a Kingfisher trying to keep cool among the reeds and told me he'd seen the Pectoral Sandpiper earlier in pretty much the same place as yesterday's 'Pectoral Ruff'!

After a short wait (enlivened by Murray finding a Little Stint dozing on the distant pool) the Pec wandered out from the reed fringes and was immediately recognizable. I'm afraid the lady from Cambridge was dead right yesterday: the legs of that bird were too long. Hard to gauge when it's been a year since you last saw the species.

Walking back to the level crossing (through which passed an authentic steam locomotive - 'Tornado', I think) Murray and I were treated to a real raptor-fest. First a Kestrel and two Peregrines, then three Buzzards and a Marsh Harrier and finally - and best of all - the recently-reported Osprey, heading south towards Rockland. 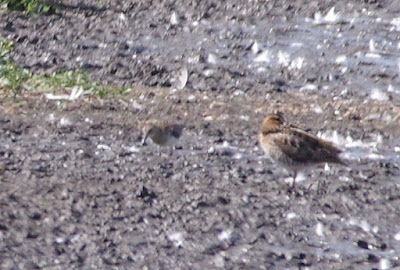 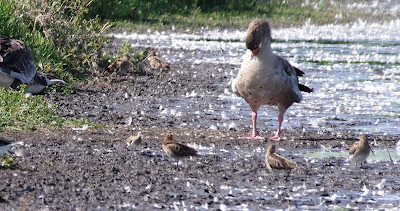 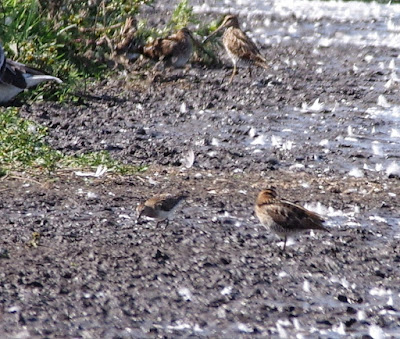 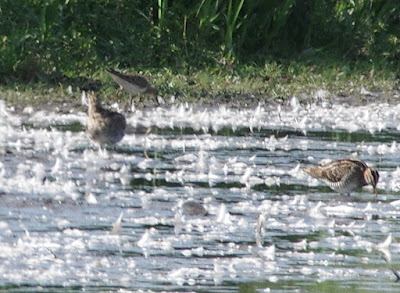 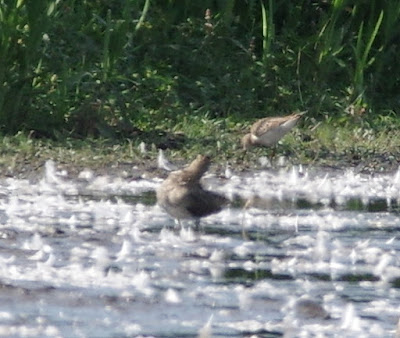 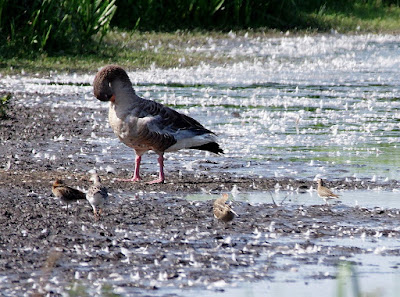 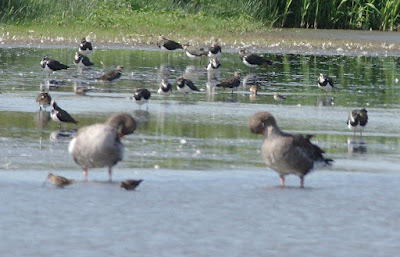 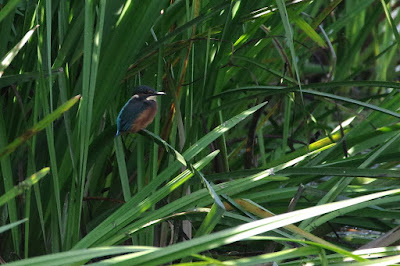 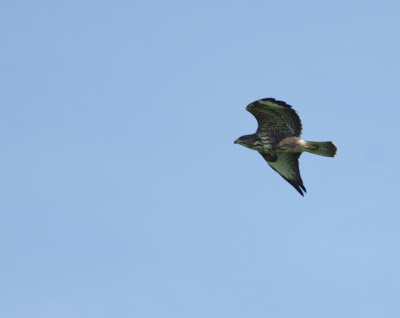 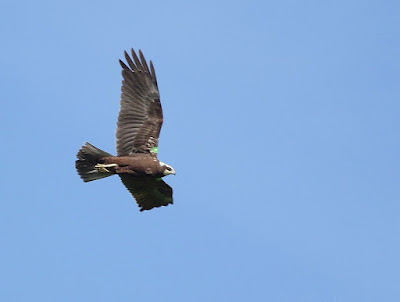 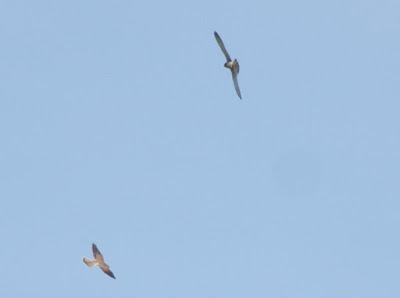 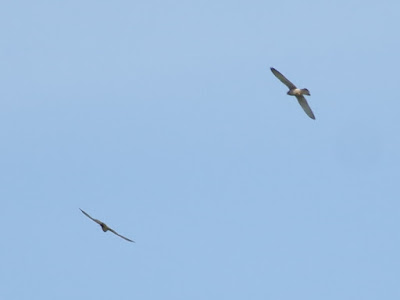 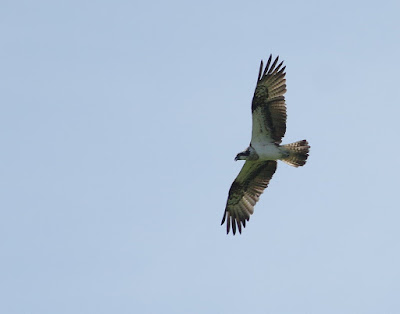 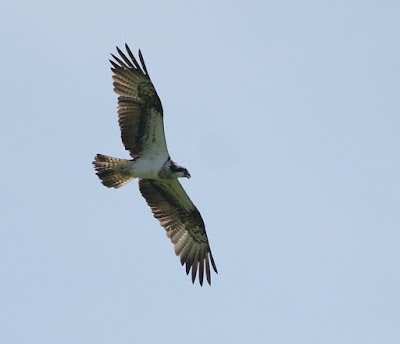 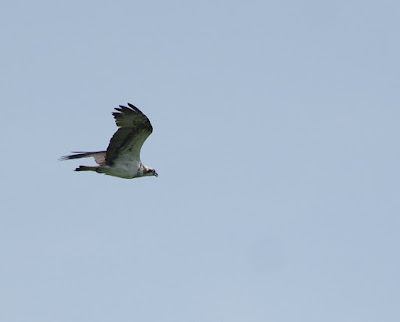 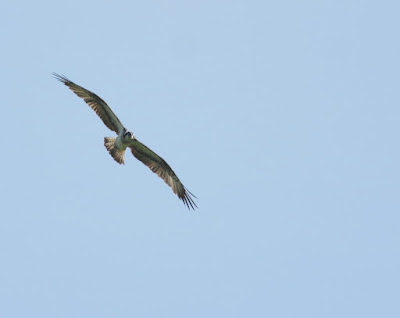 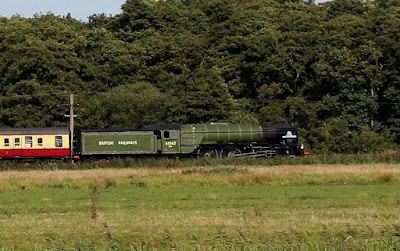