Pallasites: the most beautiful of all meteorites...

With constant drizzle and perpetual westerly winds, I've been spending time restocking my meteorite trays, following our excellent show last weekend. I've been cutting and polishing, boxing and labelling and e-mailing and phoning contacts all over the world to replensish the inventory.

Without doubt, my favourite items are Pallasites. Generally classified as stony irons (along with mesosiderites) these beautiful and fascinating meteorites are widely believed to have originated at the core-mantle boundary layer of small, disrupted planets. They consist of a nickel-iron matrix in which are suspended fragments of crystalline minerals such as olivine and pyroxene.

Pallasites are very rare and make up around 1% of all falls, Their name is derived from that of German naturalist Peter Pallas, who described such a meteorite he had seen near Krasnojarsk, Siberia in 1772. He became so famous that a Russian city - Pallasovka - was named after him! Amazingly a large Pallasite was later found there and, in accordance to the convention that meteorites are named after the location where they were found, he has the double honour Pallasovka Pallasite!

You will all have guessed that numerous birds also bear his name: Pallas' Warbler, Pallas' Rosefinch, Pallas' Eagle and - of recent notoriety - Pallas' Grasshopper Warbler to name a few. 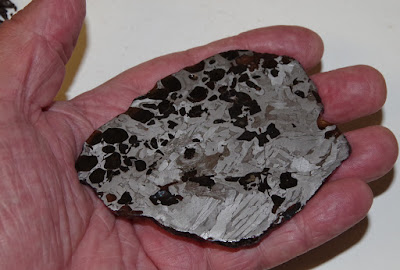 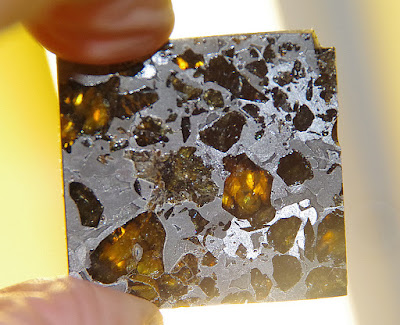 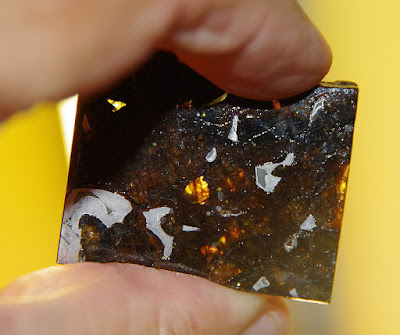 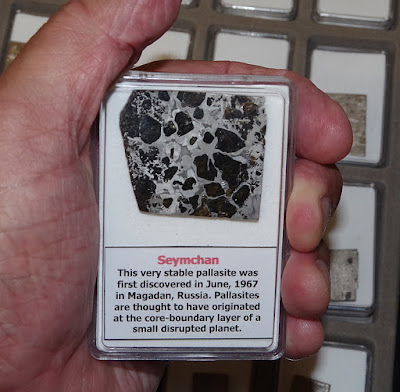