Sunday morning at Cley: Snow Buntings and a Black Brant.

Linda and I continued our lightning trip around the coast, driving north through Bacton, Mundesley and Trimingham to Cromer. We had intended to stop and look for yesterday's Shag and Caspian Gull, but all the cliff-top parking spaces were taken, so we continued westwards towards Cley. A group of twenty or so Brents were grazing near the new Babcock Hide so I pulled over into a farm track and had a quick glance through the flock. Almost the first bird I looked at was the Black Brant: a very dapper individual, this one, with a lovely lace collar and dazzling flank patch.

We stopped at the visitors' centre for a hot drink (the wind had chilled us both to the bone!) before driving to the beach car park. No sign of the Snow Buntings, so we spent half an hour - in between sleety showers - seawatching. Earlier, a couple of Leach's Petrels had been seen, but all we managed were more Gannets!

As we were thinking of leaving for home, a kind birder came over and told us that the Snow Buntings were feeding near the pill box, so these were soon added to the day list! As we walked back to the car, these obliging birds flew past us and began drinking from a tiny muddy puddle right by the car! 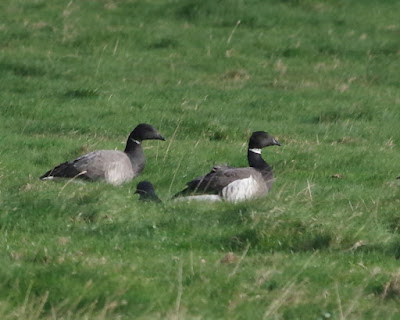 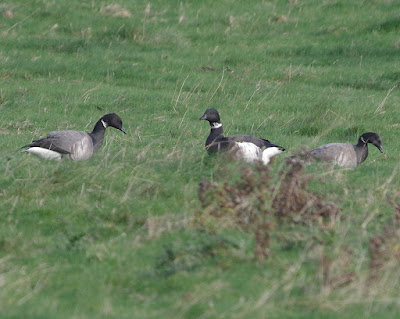 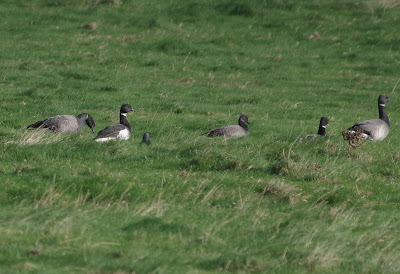 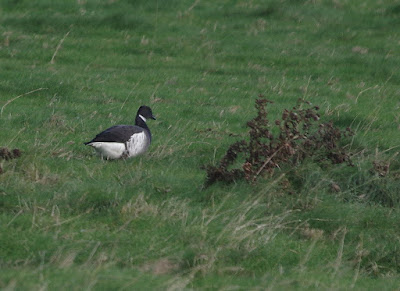 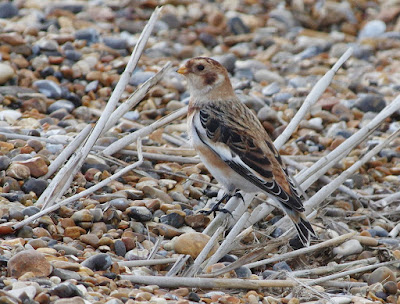 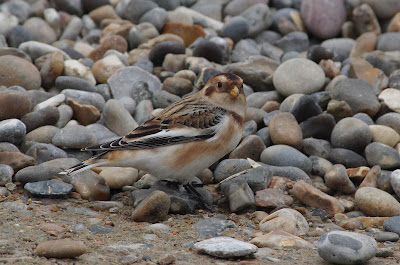 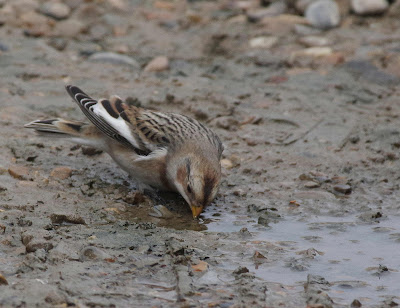 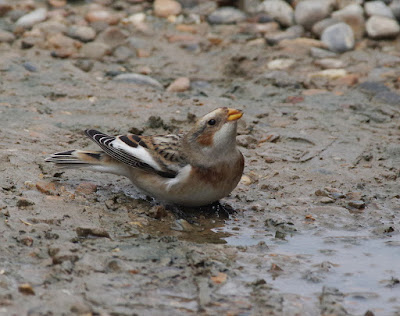 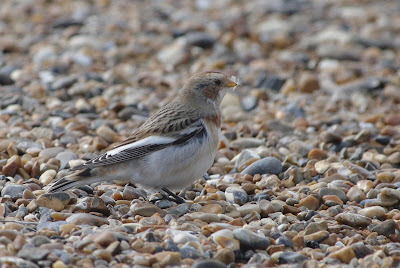 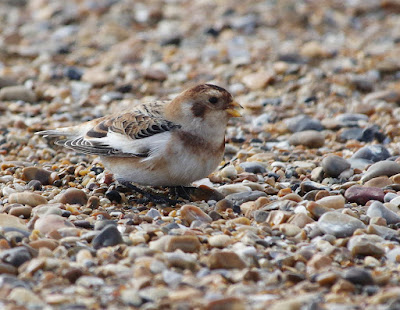 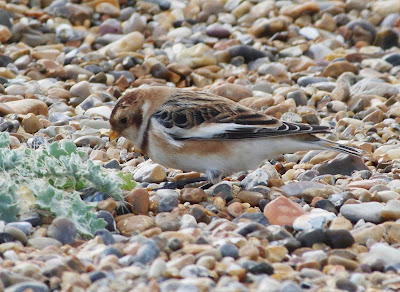