Too slow on the trigger!

Being an ex-pilot, I flatter myself that I have pretty fast reactions, but today at the Fen they weren't much in evidence! There was, in all honestly, not very much about: nevertheless Fen Hide was full to the brim from 8.30 onwards. Bearded Tits, Kingfishers and Common Snipe all put in an appearance, but only the latter made it onto my SD card! Suddenly a Bittern (there are apparently five here at the moment!) flew across from the left. For much of its transit it was behind a 'window' bar, but my Pentax failed to lock on as it passed through the sixty degree arc of visibility! I attach  photos taken by good friends Brian Tubby (first two) and Brian Shreeve (third image) 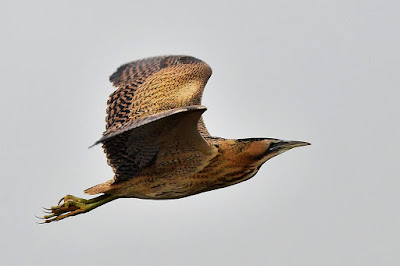 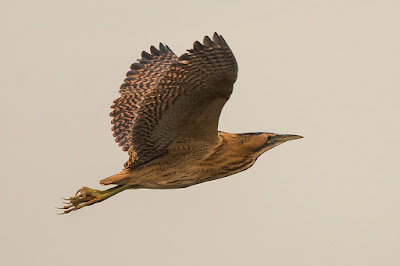 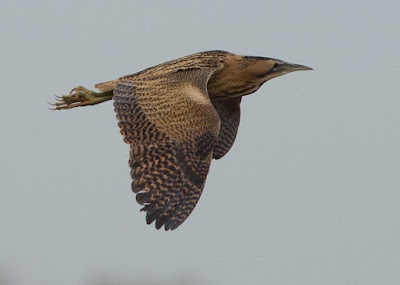 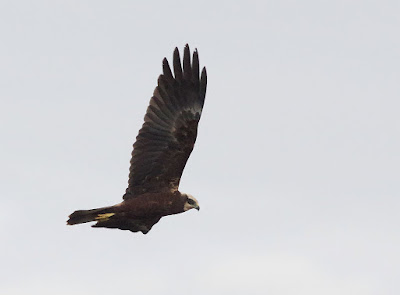 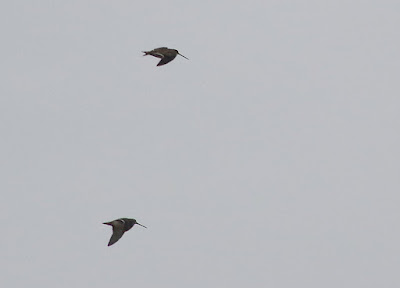 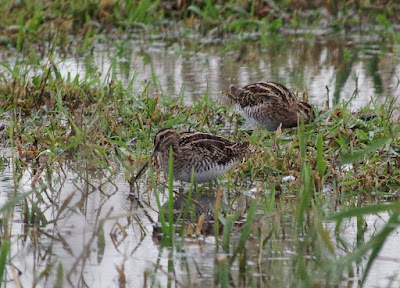 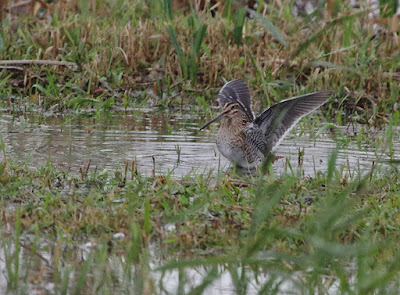