Seals and a few chats at Horsey!

Brian and I met at 7.00 and drove out to Horsey, parking at the end of the Nelson's Head road and walking out to the blue container. Once we'd reached the coastal path, we slogged up to the top of the dunes to look at the seals: both Grey and Common Seals were present in some numbers, ready for calving.

The walk south to the pine plantation produced just a few Marsh Harriers and Kestrels, while the return added a distant Short-eared Owl and the expected family groups of Stonechats.

A scan of Yarmouth Beach between the piers was completely fruitless, as was a walk around the Cemetery: just dozens of Magpies and Squirrels.

Halvergate bridge was equally non-productive, while from the 'cattle pens' we were astonished to see the sails on the famous mill turning! (I might add a video later!) 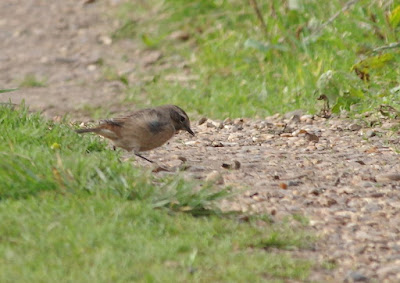 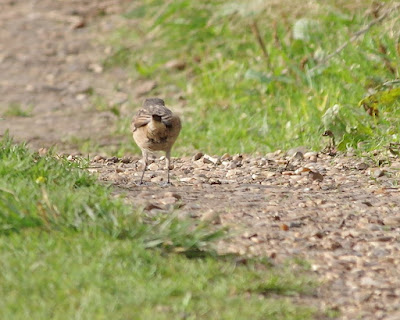 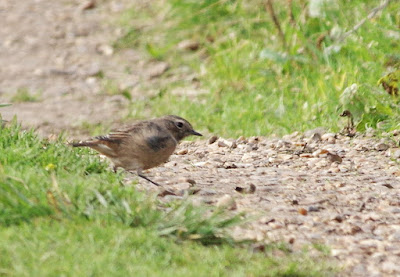 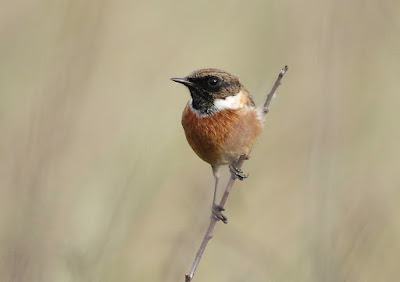 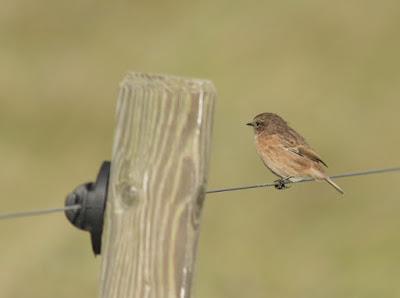 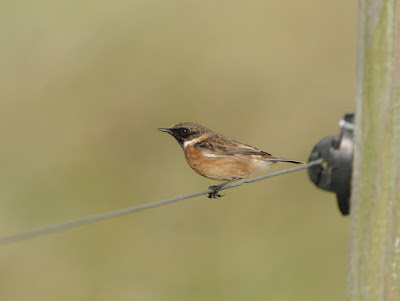 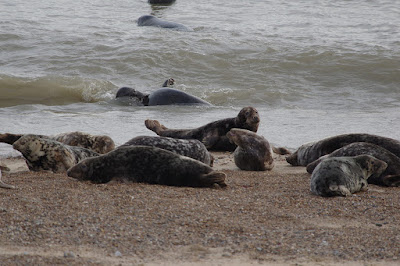 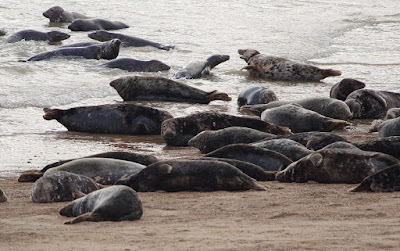 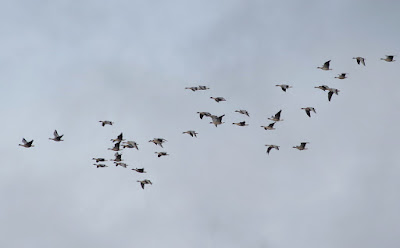 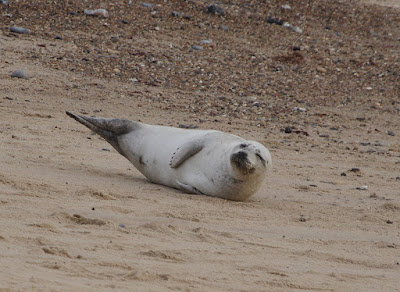 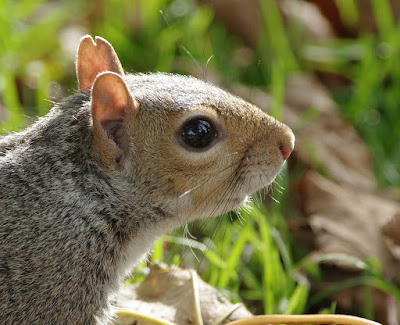