After lunch I persuaded Linda to join me for a last crack at the Short-eared Owls at St Benet's Abbey. For those of you who've never visited the ruins, they lie at the end of a long track which can be a little difficult to find.

We arrived at around 2.00pm and passed a pleasant - but totally unproductive - couple of hours. At four o'clock I finally gave in to Linda's suggestion to go home for tea: the car, however, had other ideas - the battery had gone flat! We had no jump leads (we always carry a set in the boot) and neither did the last couple of remaining birders. Linda phoned our breakdown service, who said they could be with us by 5.15!

Remember I remarked earlier about the remoteness of the car park? Despite giving the breakdown driver our 'three word' co-ordinates and postcode and accurate directions from the Ludham Dog, he got lost! By the time he arrived we were both freezing cold and starving! The only minor reward for our outing was a distant Barn Owl, lots of Cormorants and a herd of 20+ Whoopers that came in to roost when it was nearly dark. 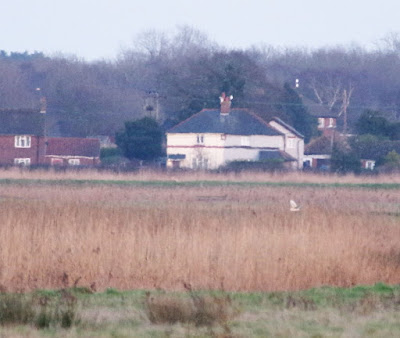 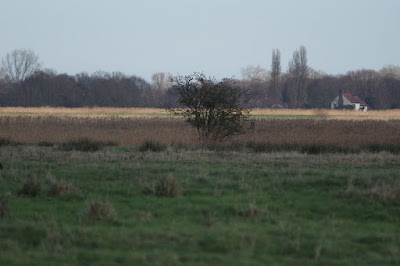 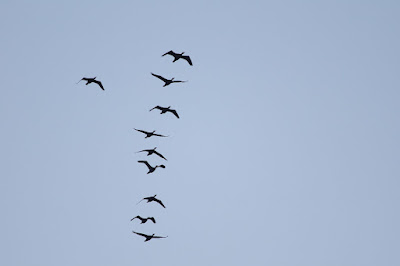 I can only imagine how you felt David. We have had a similar situation with a puncture they couldn't find Cley Centre which was closed.
Anne

The most disconcerting thing was that the recovery driver was pretty surly: he moaned continually about having to 'drive right out in the sticks'!
Still: we were home by 6.30