Back to Titchwell: Great Knot seconds and other nice bits and pieces!

Since Martin hadn't caught up with the Great Knot yet (although he's seen plenty in China & Australia!) we thought we'd have a bash this morning.

There was a decent flock of Red Knot in front of Parrinder Hide, but no GK: two Little Gulls and lots of Med Gulls, however. Other birds included Ruff, Spotted Redshank and Kingfisher, as well as a few Red-crested Pochard.

A move to the beach coincided with the arrival of wave after wave of Knot from Scolt Head. Eventually the Great Knot put in a brief appearance before the whole flock was dispersed by a marauding Peregrine. I think I snatched a picture: saw it well through Martin's scope!
Good to meet old mate John, his wife and their friends and chew over old times...

On the way home, we saw innumerable Buzzards and two Red Kites, as well as Kestrels and Sparrowhawks. 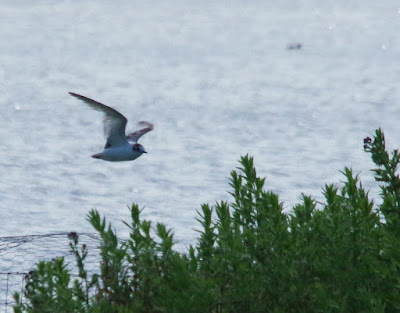 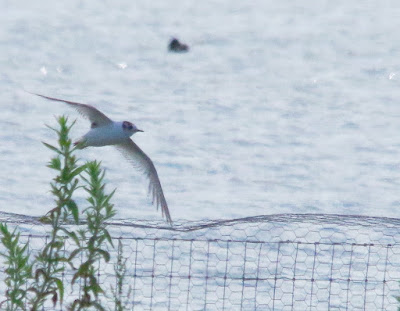 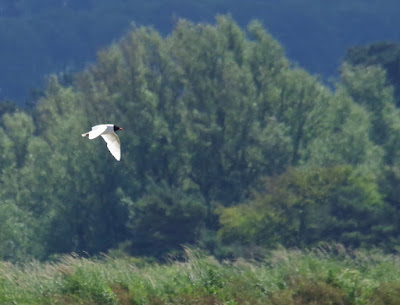 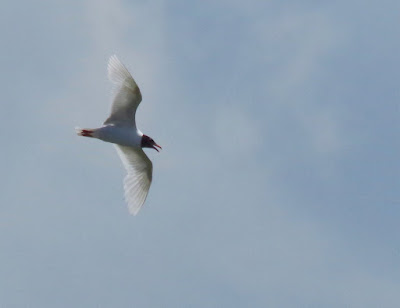 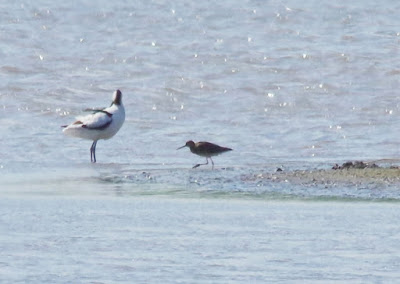 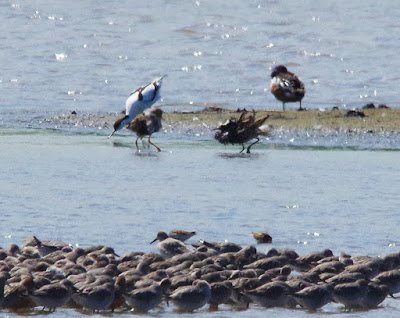 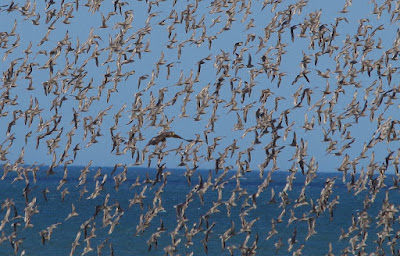 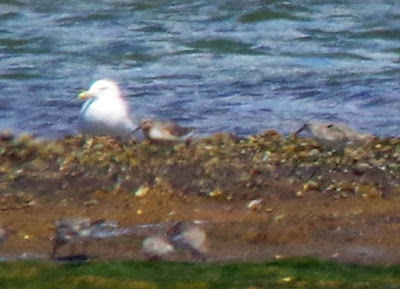 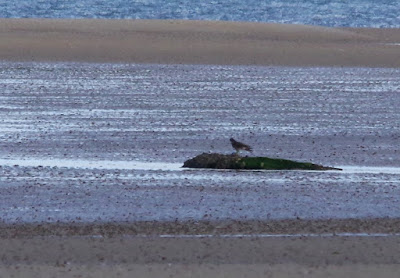 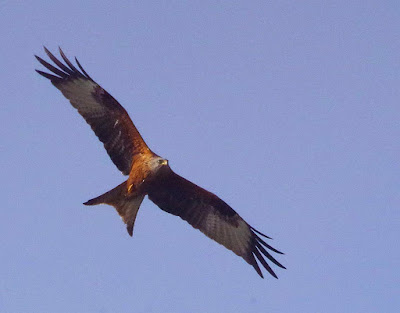