Having got the work out of the way, I thought I'd try for the Blue-winged Teal at Carlton Marshes. A longish hike found me on a raised bank overlooking the distant 'scrape', in the company of Sue Bryan's partner, Paul and the charming Alison who, until recently, wrote what was my favourite blog:
'Marshland Meanderings'. I do hope she resumes posting soon!

As we chatted we scanned the pool: now and then a group of Teal or a couple of Shovelers would emerge from the reeds: through the heat-haze I took a few 'atmosphere shots' to look at later. After an hour or so, I decided to walk around the reserve to view the scrape from the other side. Lots of decent dragonflies and dozens of Wall Browns, but the only new birds were a couple of Yellow Wagtails and two Buzzards. Four Little Egrets circled the pool a few times and a largish spider walked across a dyke. Anyone recognise the species?

When I returned home, I looked at the pictures and the very first one I took - and none of the others - seem to show the Blue-winged Teal. (Obviously the picture has been hugely enlarged and 'de-noised' with PSP, but it seems to have some good features)

Post script!
I'm told by one of the UK's leading arachnologists (Garth Coupland) that the spider is Dolomedes plantarius, one of the rarest inverts in the UK! Result! 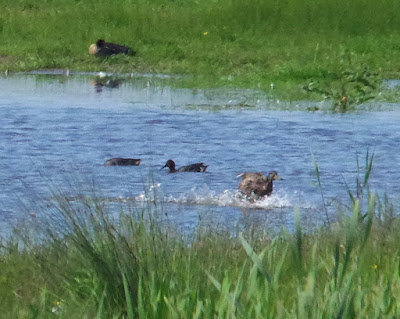 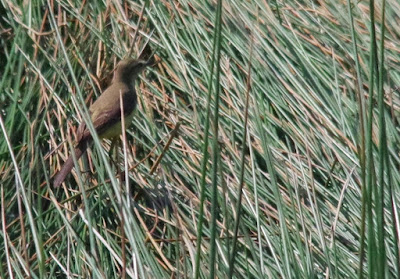 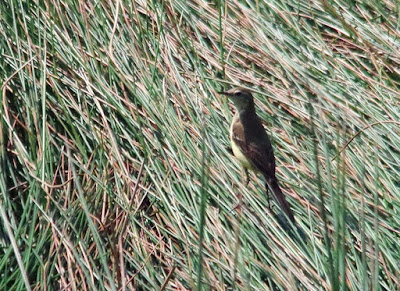 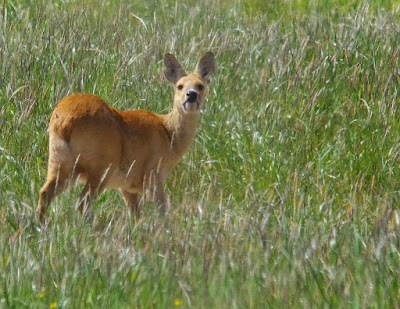 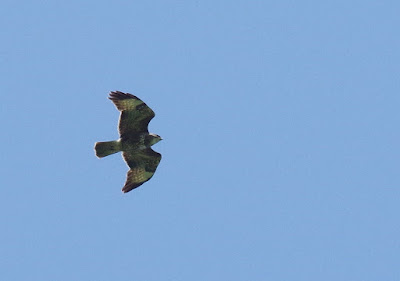 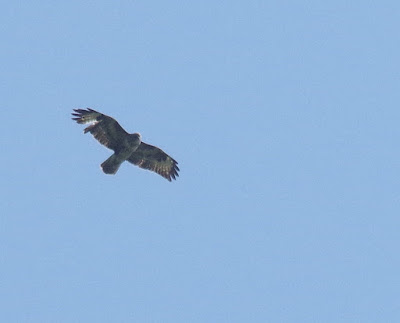 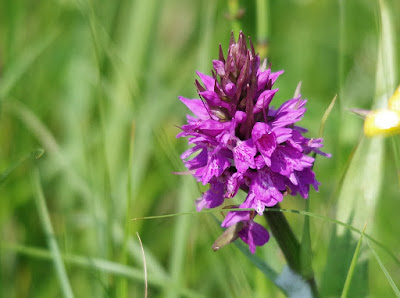 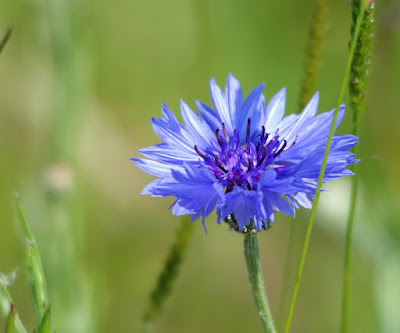 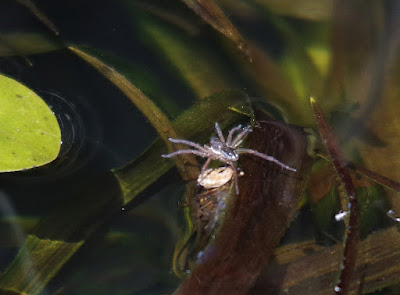