I'm really glad I made the two-hour round trip to see what was, after all. only the fifth UK record of this splendid wader. The eighty or so people who were there at the same time as I were mostly good-natured, helpful and patient. However, I was amused by the behaviour / attitudes / posturing of some of the 'gallery: this can be categorised as follows:

The Self-confessed Experts
These are generally drawn from the ranks of the hard-core twitching fraternity: they spend most of their time telling everyone in earshot that '...this bird is my third / isn't in such good light as... / isn't giving as good views as.../ has darker scapulars than...'  I suppose this is some form of self validation: good luck to them!

Those 'overcome by ennui'
This sub-group of the above ostentatiously and frequently look away from the bird, saying things like 'I didn't need this, but I hoped it would be closer / in better plumage / I had nothing better to do / I've seen all I need to see / roll on something better / I've seen hundreds of these in Australia' All this being true, why did they bother to turn up?

The disdainful expert
These are usually incredibly knowledgeable younger birders who spend much of their student loans / grants travelling around the world, adding to lists of 4000+ species. When members of the gallery called out a possible darker bird, they responded loudly: 'Red Knot: wrong head shape: not bulky enough...' They then locate the real bird and scuttle off with their mates without telling everyone else!

The 'I'm a genuine ornithologist' sub-group
There are always a few of these at a twitch: they stand 100m away from the crowd looking at Herring Gulls or something else less unusual than the target species. Occasionally, they'll glance across furtively to see where people are looking before swinging their scope around for a sneaky peak. As the crowd moves past, they might comment: 'All this fuss: not even a western pal species. This lot need to learn how to age Gannets: not an ornithologist among them!

The 'Not worth bothering' photographers
These individuals have vast lenses ( perhaps 500mm f4 or better) but will typically be standing 100mm in front of the gallery. Often they don't even take any photos: they walk past muttering: 'Too far away - the whole bird's only four pixcels!' or 'Not enough light / contrast / activity'

All good fun! What group am I? I'm in the 'sociable birder' category: I enjoy the craik and getting distant grainy shots of nice birds! 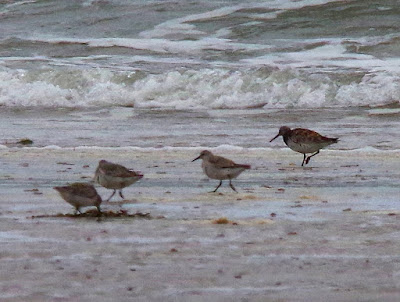 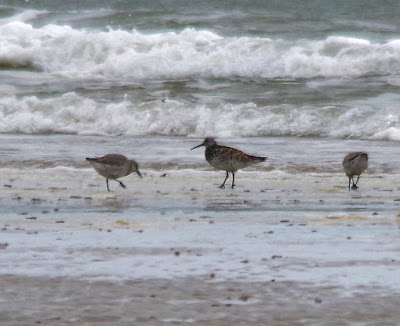 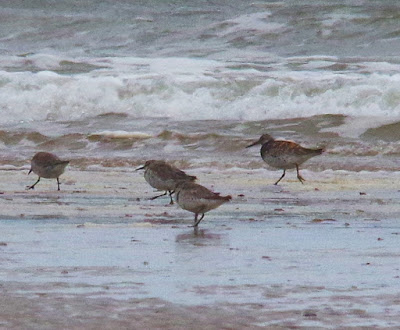 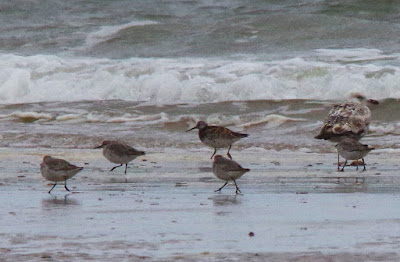