Great Knot? Why not! I really couldn't let the chance to grab some distant photos of this rare wader go by, so I left home at 7.15 and was on the beach at Titchwell by 8.30 am.

Initially the bird was tucked in amongst a flock of perhaps 2000 Red Knot: an obliging couple found it in their 'scope and let me take a peek before the whole lot flew 200m westwards towards the 'ruins'. Here it was somewhat closer and easier to pick up: still distant, though.

In flight and on the deck the GK was surprisingly distinctive and the views were certainly better than those of the Breydon bird. Good to see my old chum Alan and his mate Colin managed to lock on: pretty sure it was a tick for both!

On the way home, between Fakenham and Norwich, a pair of Montagu's Harriers drifted across the road... 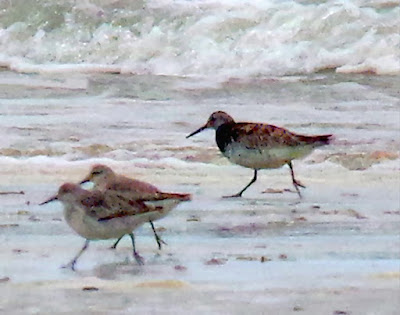 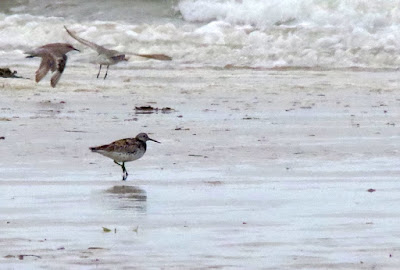 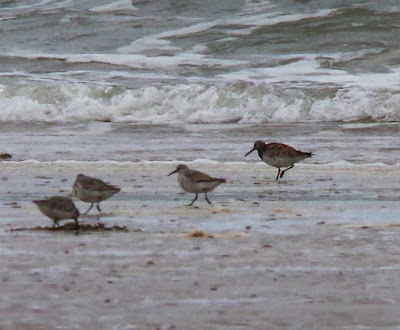 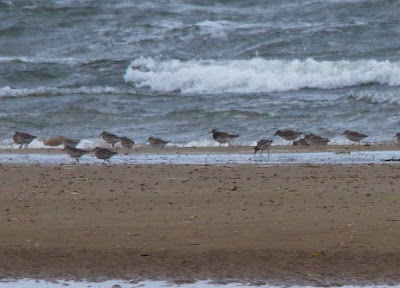 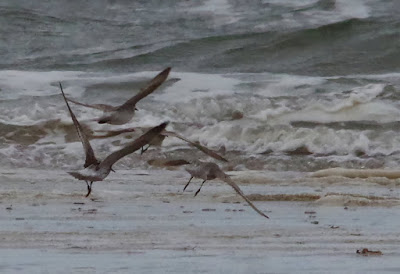 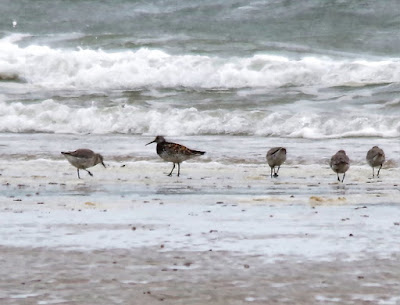