Quote of the decade!

I generally steer clear of politics and sport on this blog, but - let's face it - Sir Bobby Charlton's comment about England's shameful defeat by Iceland at Euro 2016 was too good not to share!

He was asked how he thought the 1966 England squad would've fared against the Icelandic part-timers: he replied that he believed they would've won 1 - 0

The journalist was surprised by the response, expecting a greater margin of victory..
Sir Bobby replied: " Well - most of us are in our seventies, you know!" 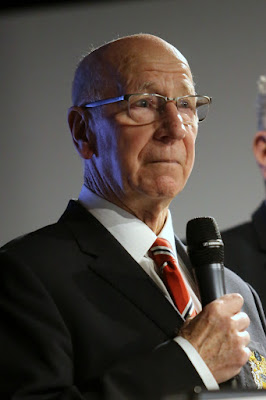