Bitterns galore and another look at the Pectoral Sandpipers

Norman and I met at Strumpshaw at around 7.00am, only to find that the valley was submerged in mist! As the Sun burnt through it revealed a juvenile Buzzard with a delightfully 'stripy' tail perched on the dead tree in front of Fen Hide. Other than a Little Grebe, nothing else noteworthy appeared, so we walked around to Tower Hide, disturbing a Peregrine in a dead tree by the river. Almost the first bird we saw was a Bittern. This was quickly followed by a second bird, then a third and then possibly a fourth (which appeared right over near the 'Doctor's Cottage'. As we were enjoying these excellent birds the Peregrine began yelping nearby - in fact, it sounded as if it were on the roof of the hide! No waders at all, but a somewhat drab Garganey was noteworthy.

Since Norman hadn't seen the Pectoral Sandpipers yet, we drove round to Buckenham, parking at the Station and walking down to the scrape. Sue Bryan and John were there, but told us the Pecs had wandered out of sight. For once I'd brought my telescope, so was able to locate both birds quite quickly: again, only very poor record shots were possible, but they looked great through the old Optolyth! 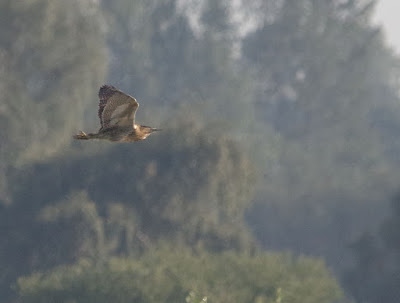 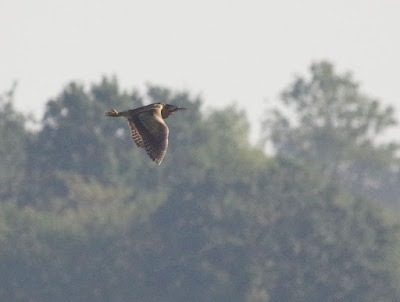 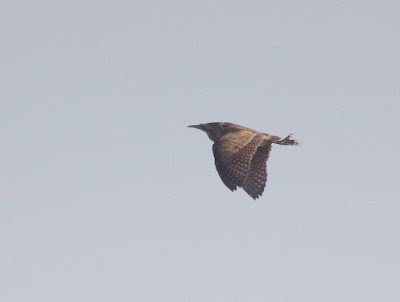 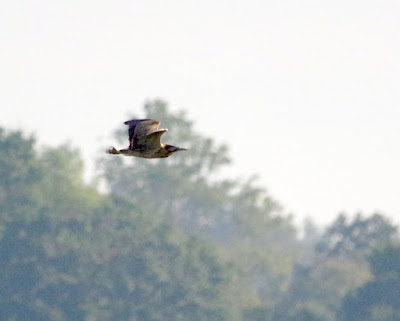 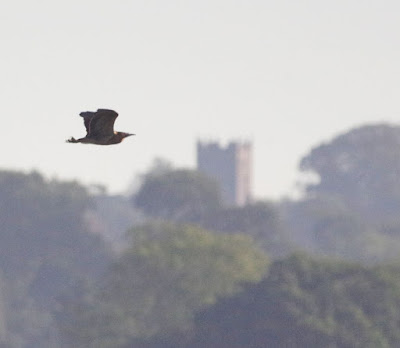 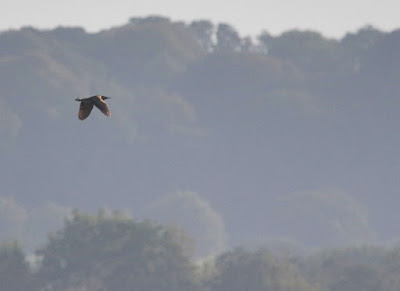 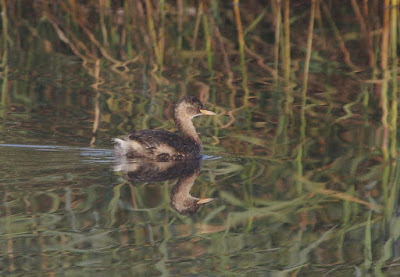 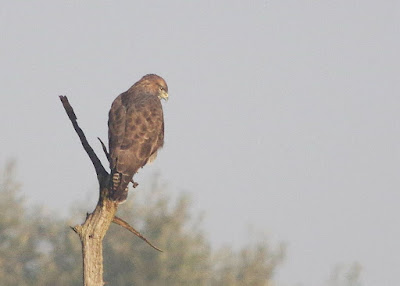 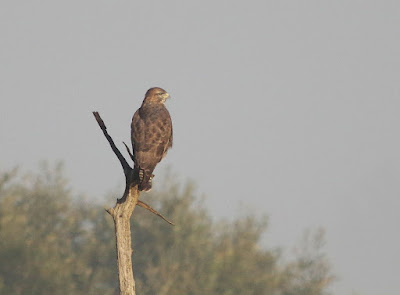 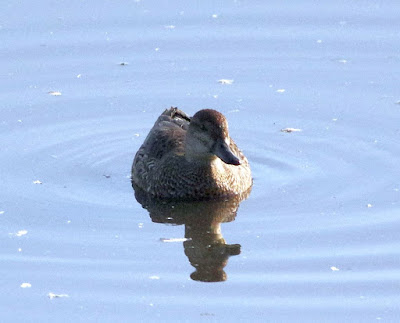 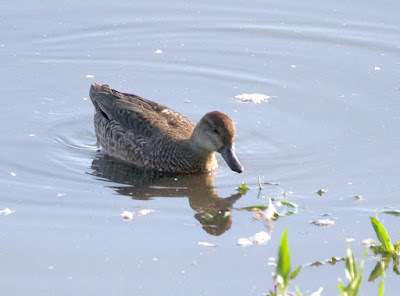 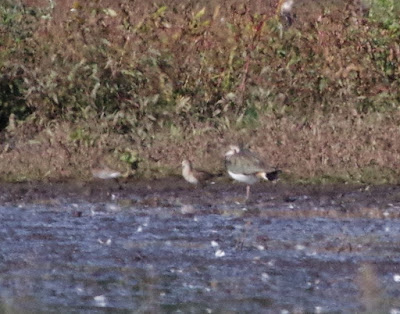 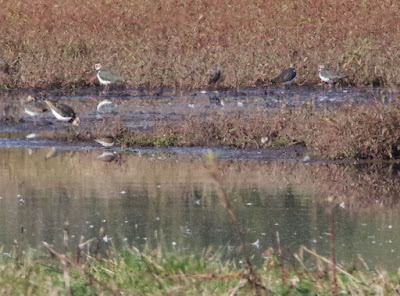 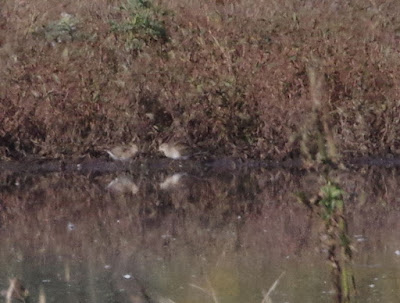