The Moon and Saturn together in the southern sky

Last night at sunset the Moon appeared very close to Saturn - the second largest planet in the Solar System - just above the southern horizon. Using my 4" refractor Saturn's rings were easily visible, being 'wide open' (ie: tipped towards Earth.) Not so easy to photograph, though!

The Moon was really splendid, with the terminator passing close by the trio of large craters Ptolemaeus, Alphonsus and Arzachel. At the same time two other planets were visible: Jupiter and Mars were both brilliant objects in the west and south east respectively. 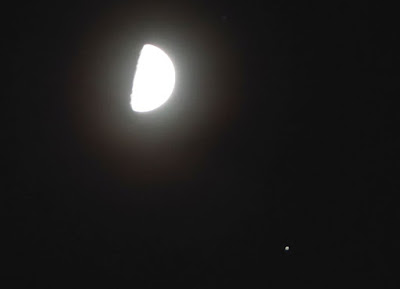 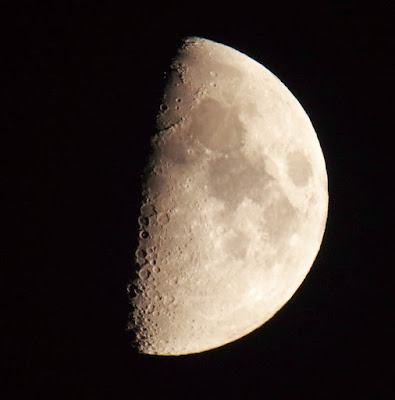 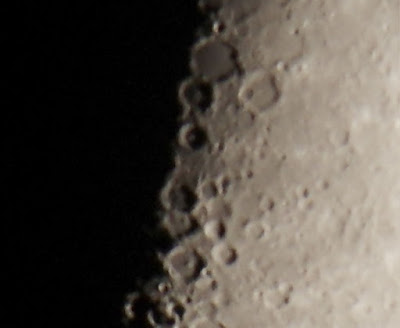 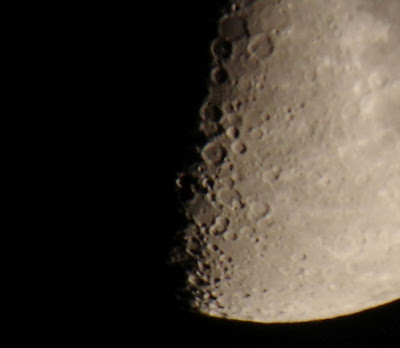 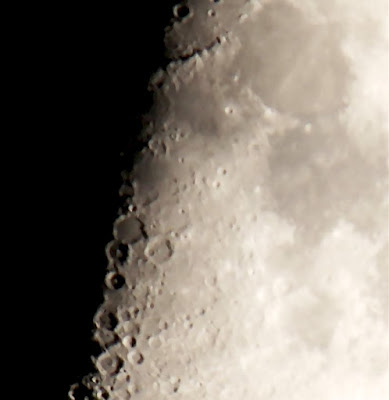 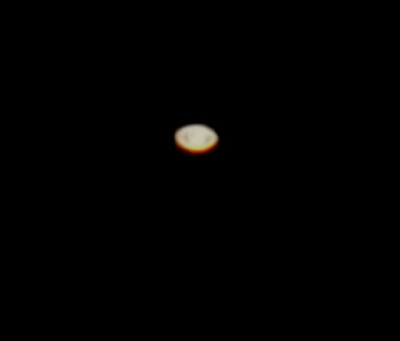