The Moon and Jupiter

As I mentioned a couple of days ago, at sunset last night the Moon and Jupiter had a fairly close encounter above the western horizon. The waxing crescent Moon showed some spectacular crater fields as well as my favourite lunar 'sea', the circular walled plain of the Mare Crisium. Back in the fifties, two famous astronomers, Harold Wilkinson and Patrick Moore, claimed to have discovered an artificial bridge across a 'bay' of the 'Sea of Crises'.

To the south of the Moon, Jupiter - the largest planet in our Solar System - was an incredibly bright object: even a pair of binoculars revealed its four largest satellites, Io, Ganymede, Europa and Calisto. 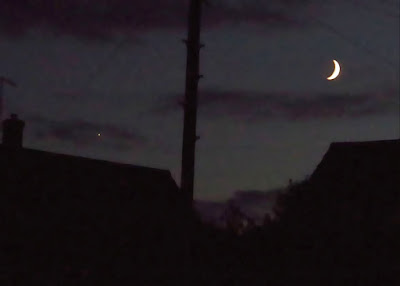 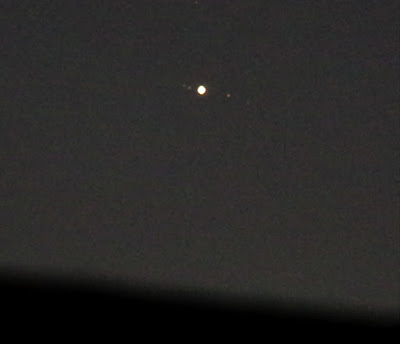 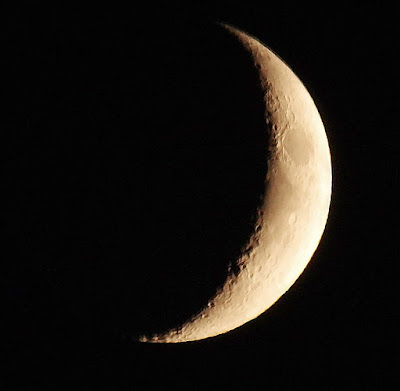 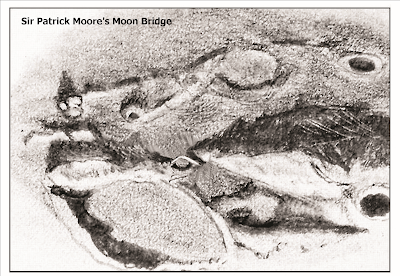