The Moon's south polar region: a bit bashed about!

A few photos of the Moon taken around midnight. They show the region around the young ray-crater Tycho and reveal an incredibly pock-marked surface, evidence of countless major cometary and meteoric impacts. As you'd might conclude, the Earth must have been clobbered just as often (more, given it has a larger surface area) but erosion and subduction have destroyed much of the evidence, There are, however, still around two hundred confirmed impact structures on our planet, with an additional ten or more still being investigated. 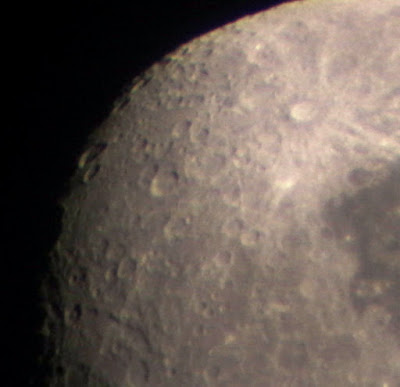 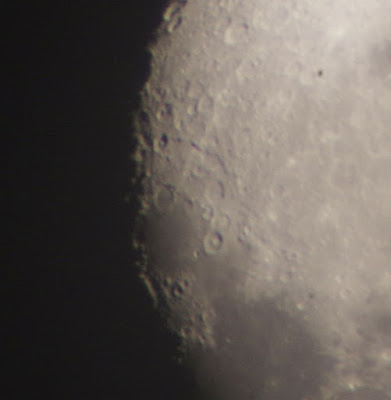 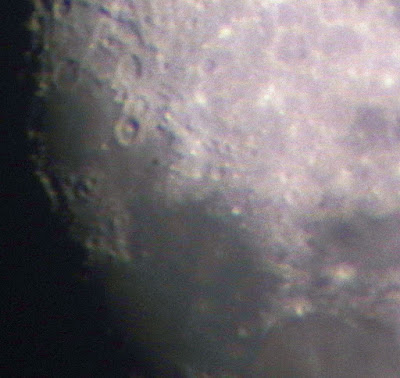 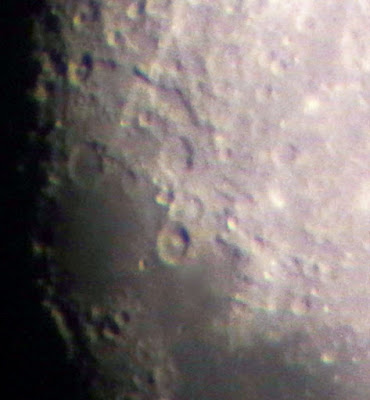