Stone Curlews in the Brecks...

Since Norman hadn't caught up with the Stone Curlew gathering on the edge of the Brecks this Autumn, we met early and were on site by 8.15. Despite the heavy traffic, the Stonies were most confiding: we counted 120+ of these astonishing birds!

A move to Lakenheath provided views of four of their star species: Kingfisher, Bittern, Bearded Tit and Hobby, but none were close enough for decent photography.

Last stop was Lackford, where the only hide with water in front of it was monopolised by an incredibly noisy bunch of middle-aged photographers: definitely a case of  'all the gear: no idea!' Not one of them even noticed the aerial combat between a Hobby and several corvids. 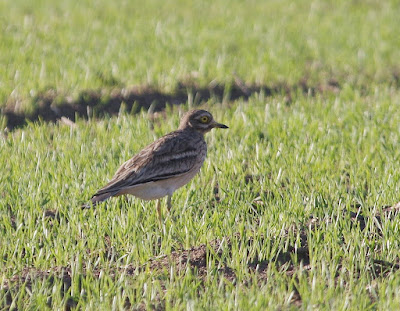 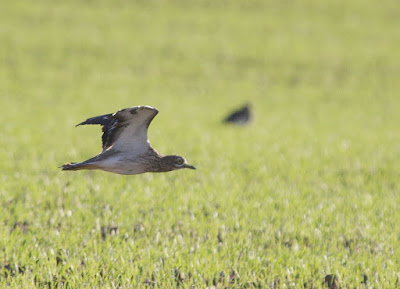 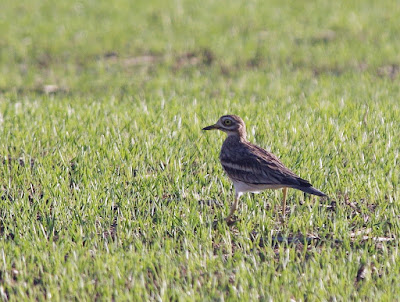 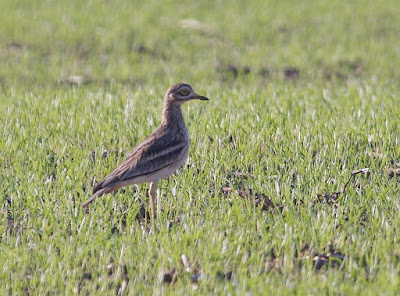 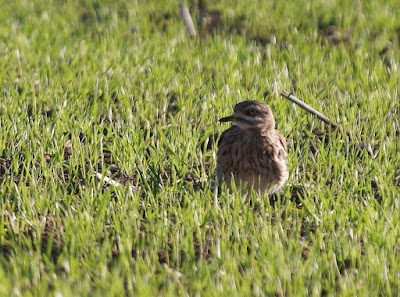 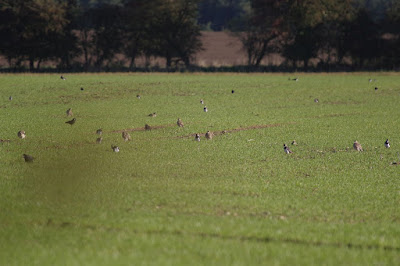 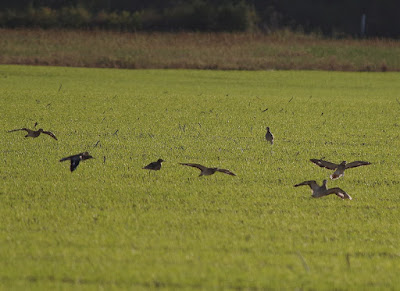 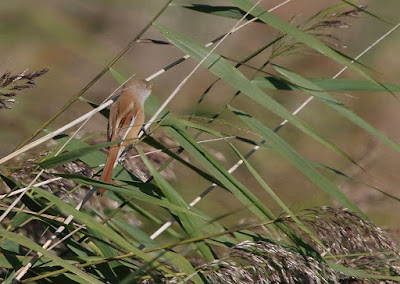 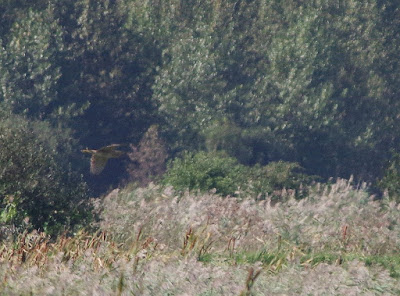 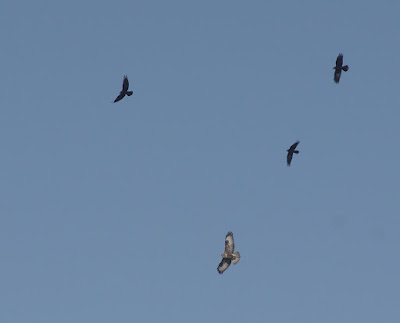 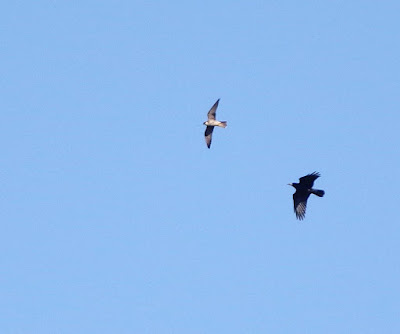