Linda was out at a bee-keeping course, so I was catching up on a backlog of Jason Statham films on TV: I glanced at the RBA map to find that a pair of Pec Sands had been found by Steve and Dot at Buckenham, so I grabbed the camera and jumped in the car.

Luckily for me, Buckenham is literally a ten minute drive, so I was walking down towards the river by 3.50, meeting the two finders as they were leaving. Although the birds were right over the far side of the scrape they were easily pickable even without a 'scope: however, another birder let me enjoy excellent views through his! The birds fed for ten minutes before being disturbed by a helicopter: they then flew around for a minute before dropping behind an island. Several other locals were there: nice to bump into Dave Holman and his charming wife. 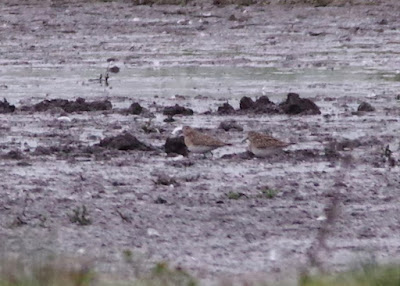 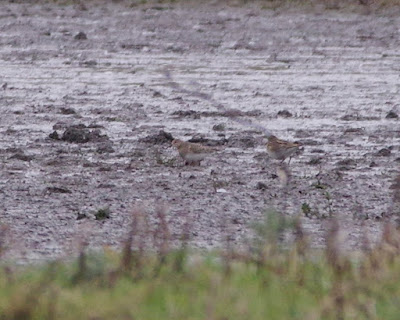 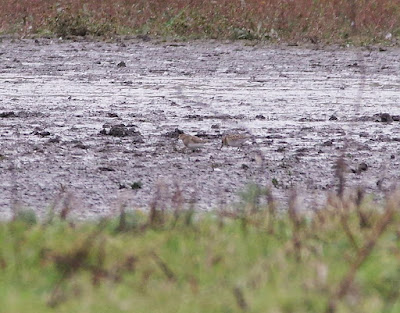 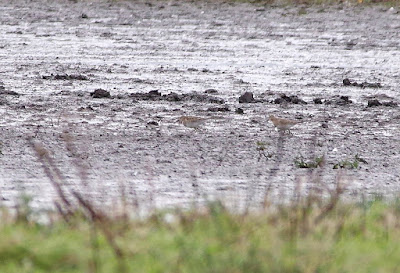 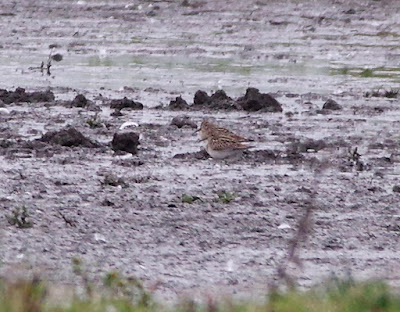 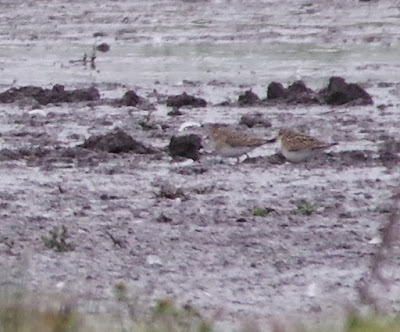 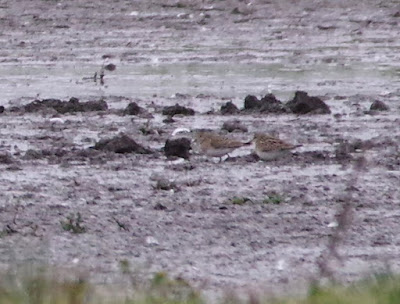 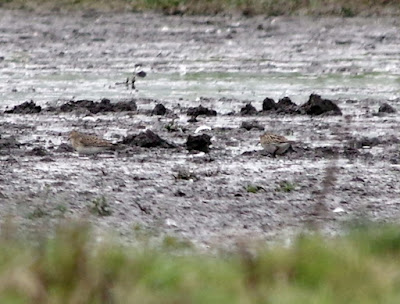 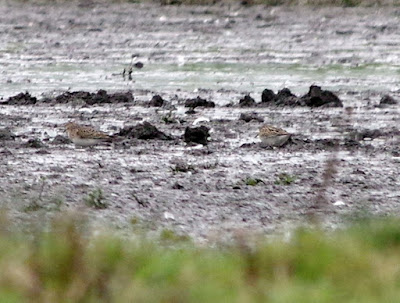 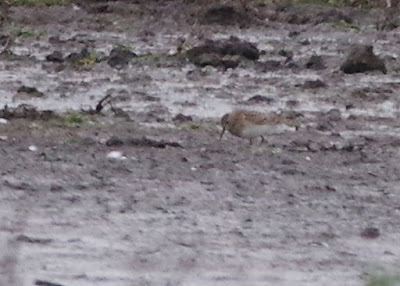